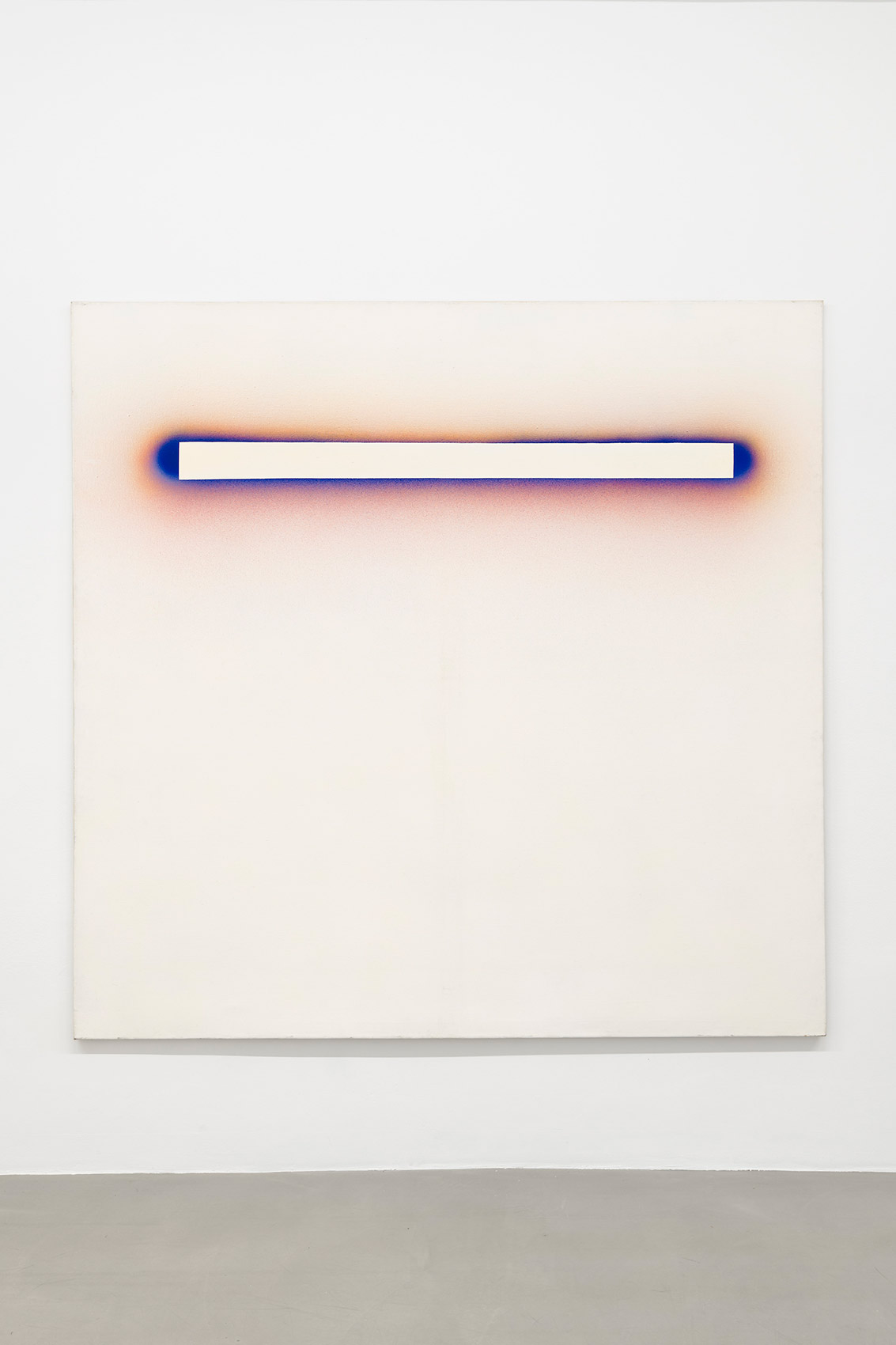 Looking through into utopia

Robert Lettner was born in May 1943, two years before the end of the war, in the Gurs internment camp in southern France. His mother, originally from Cologne, was imprisoned there for taking a stance against the National Socialists. His father had fought in Spain against Franco’s military junta supported by Hitler’s Germany and had escaped to France over the Pyrenees, seriously ill. Anti-fascism, the resistance against everything authoritarian, remained a determining factor throughout Robert Lettner’s life.

In 1958 he began an apprenticeship as a lithographer in Vienna. Already as a teenager he was fascinated by the mystery of the pictorial worlds. He succeeded in 1965 to be admitted to the Academy at Schillerplatz and only four years later, his paintings were shown at Galerie nächst St. Stephan. He remained a political person all his life. He despised the self-righteous violence of the bourgeois kids who called themselves RAF and exposed it in his early paintings. In order to awaken optimism as the force that puts up resistance against the ugly, against dictatorship and lack of freedom, he wanted to show beauty—even though this seemed reprehensible to the art world.

Robert Lettner’s work caused irritation throughout his life. Hardly anyone could classify him, understood the apparent diversity of his paintings. How does political agitation go together with abstract paintings, why does he paint landscapes and flowers, what do ornaments have to do with photosynthesis? For Robert Lettner, the ­discussion about this alleged disparity was incomprehensible. His works were all carried by great artistry, laying claim to a high aesthetic standard. They were always the result of his intensive, lifelong research into structures, sequences, compositional strategies and, what was more, into social controversies. He often took up themes that would only much later find their way into the art discourse. His biographer Harald Kraemer writes: “For R. Lettner, resistance meant an ongoing intellectual debate that would lead to new pictorial inventions and thus have a political effect.”

Especially in his “Balkenbilder” (beam paintings), many elements of Lettner’s art converge. Beginning in 1968, with interruptions until 2003, he dealt with the basic motif of the Balkenbild. The clear structures of this series were the basis for later works, such as his flower and landscape paintings, the “Farbpartituren” (Color Scores) or the “Synthetische Bildwelten” (Synthetic Image Worlds). Lettner often spoke of the secrets of painting that he was tracking down. There is the view into unfathomable depths, into infinity, which is always connected with the feeling of longing. It is the utopia that can be glimpsed in a narrow breach. The way out of the real world into another equally real world, not yet won.

The unfathomable in painting accompanied Lettner since his early years, when he restored fresco paintings in churches for a living. Just as he wanted to break down boundaries in the political, so too in the limitations of the two-dimensional picture. The white bar, bordered by an iridescent blue and red emerging from the white, transforms the surface into a three-dimensional figure. The bars protrude, beam and break through, simultaneously creating a visual channel into a social utopia into which Robert Lettner wanted to invite us throughout his life. 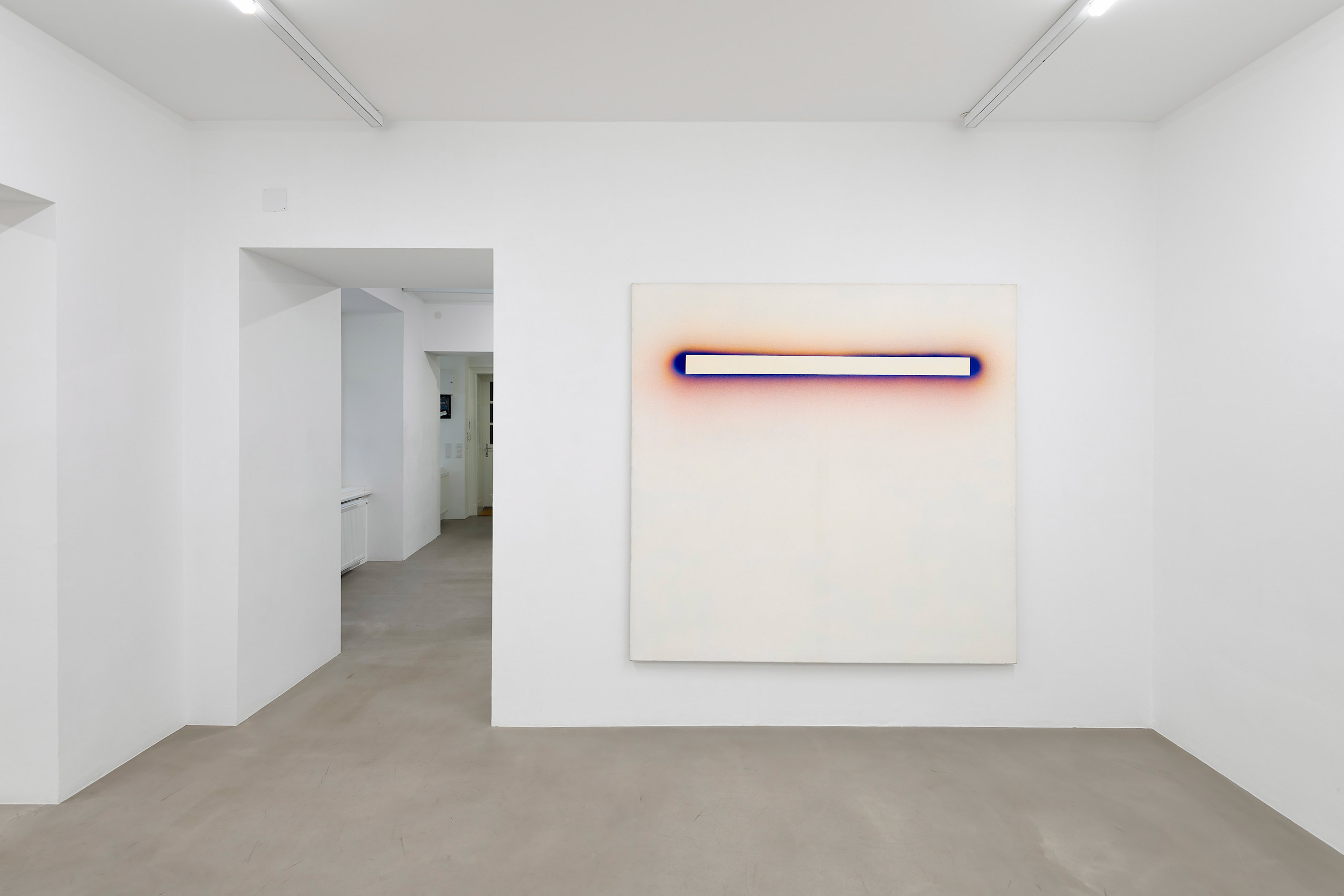 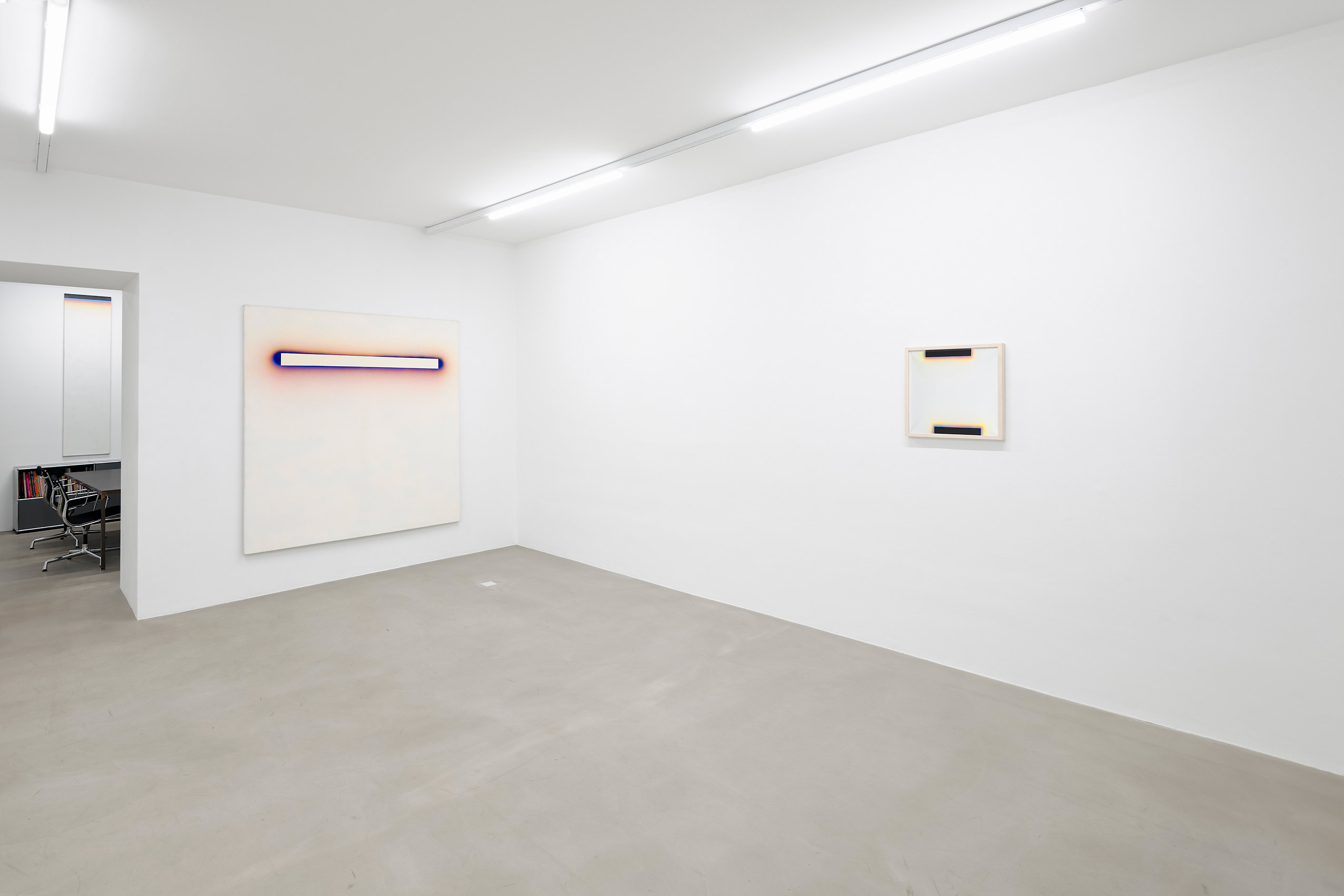 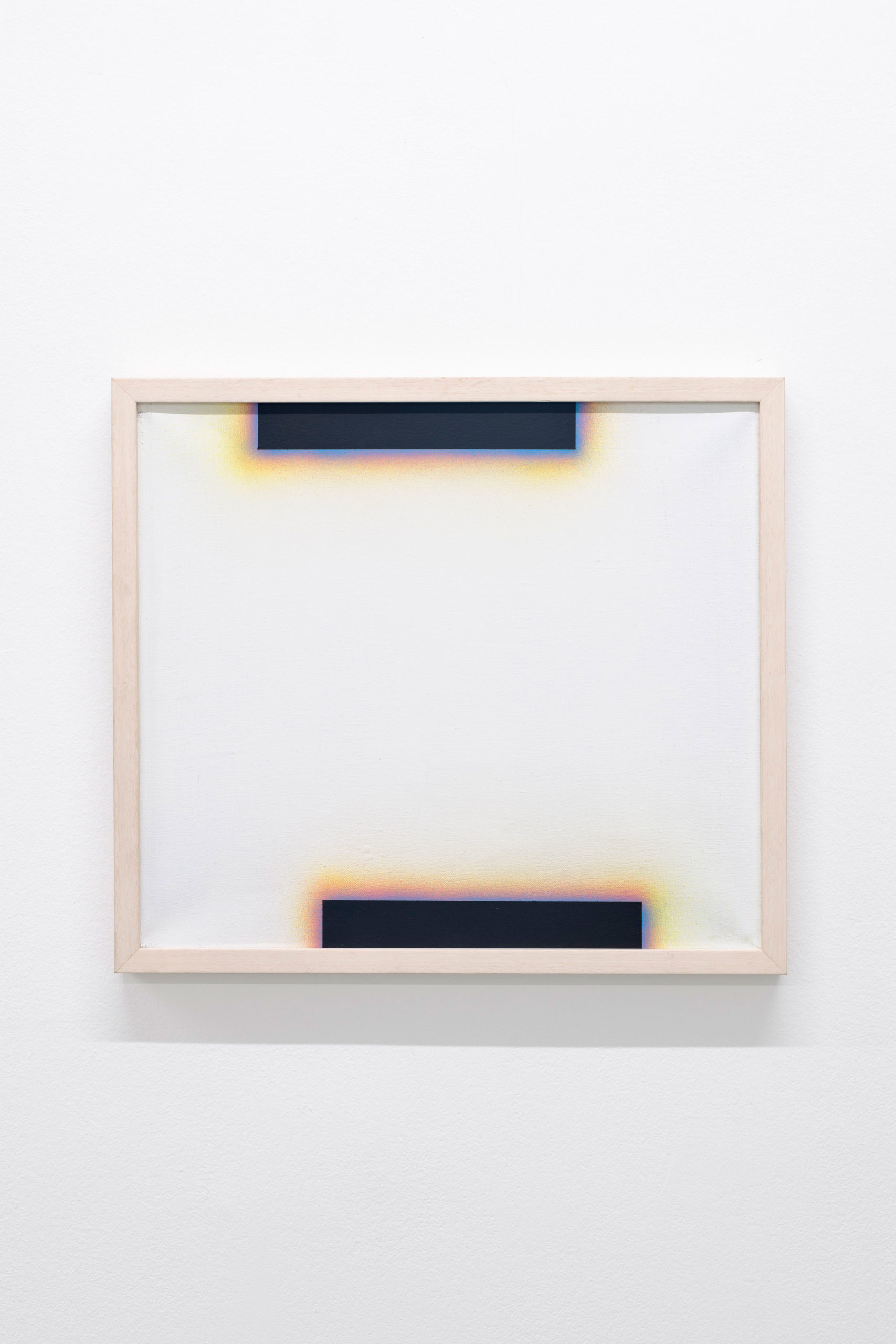 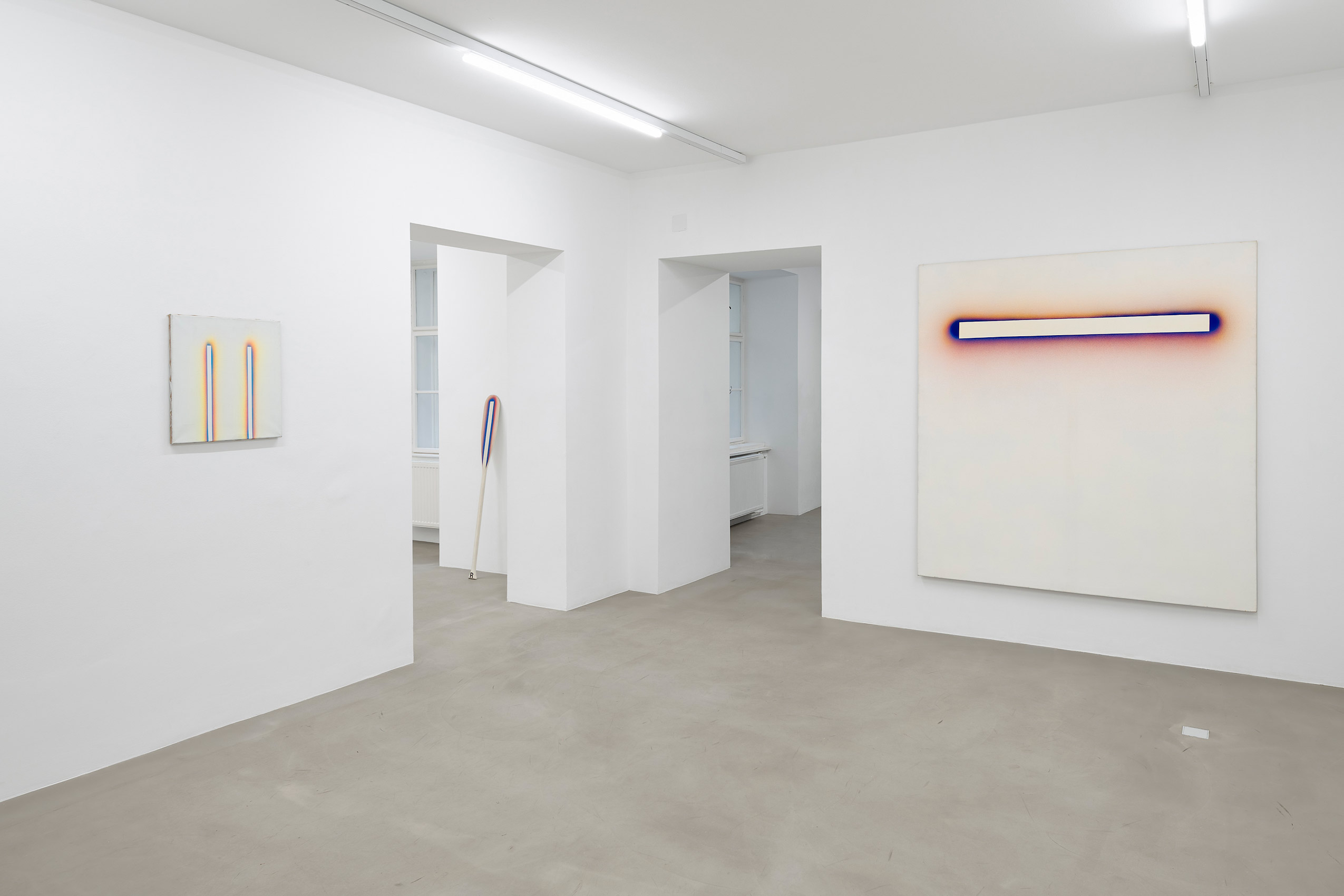 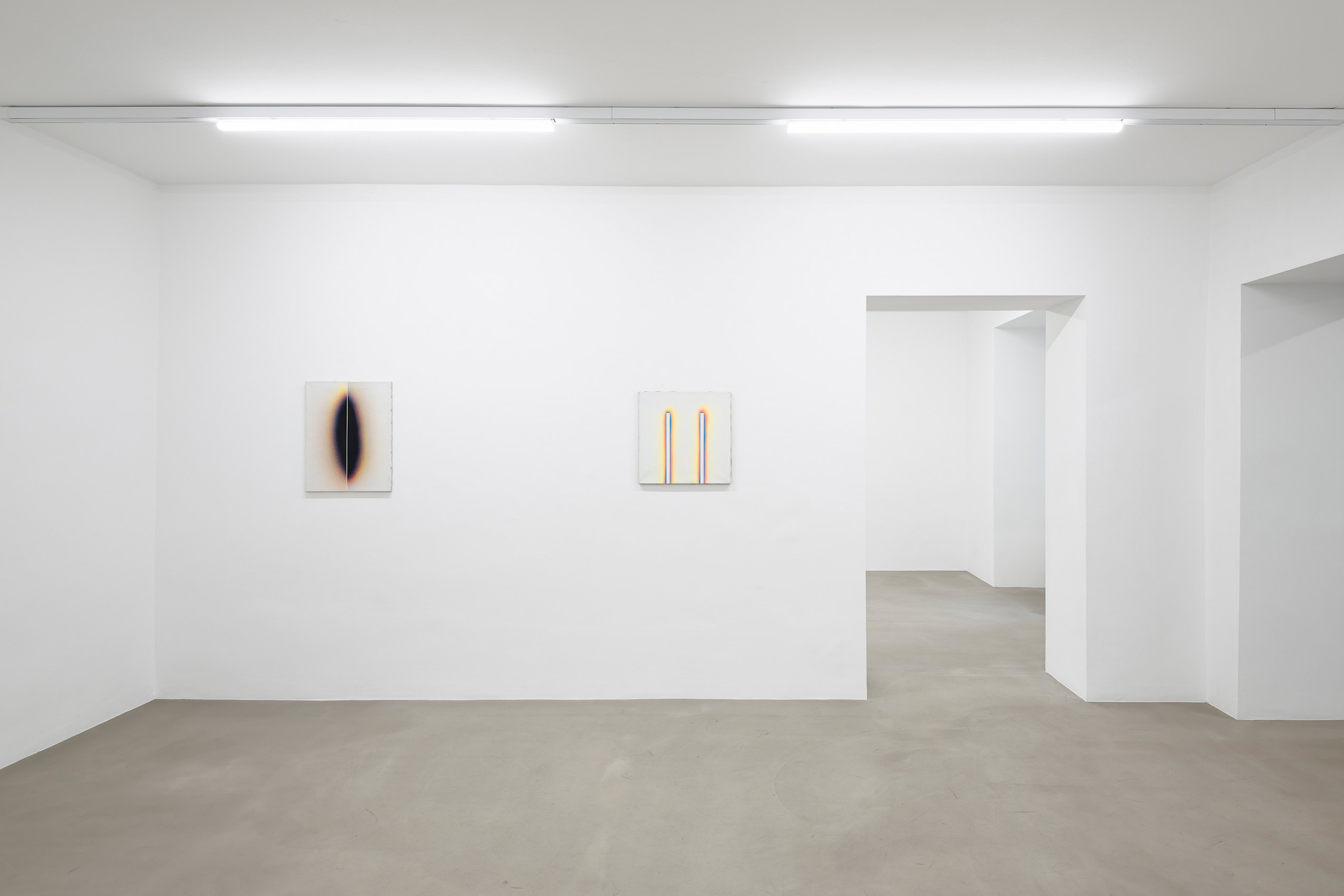 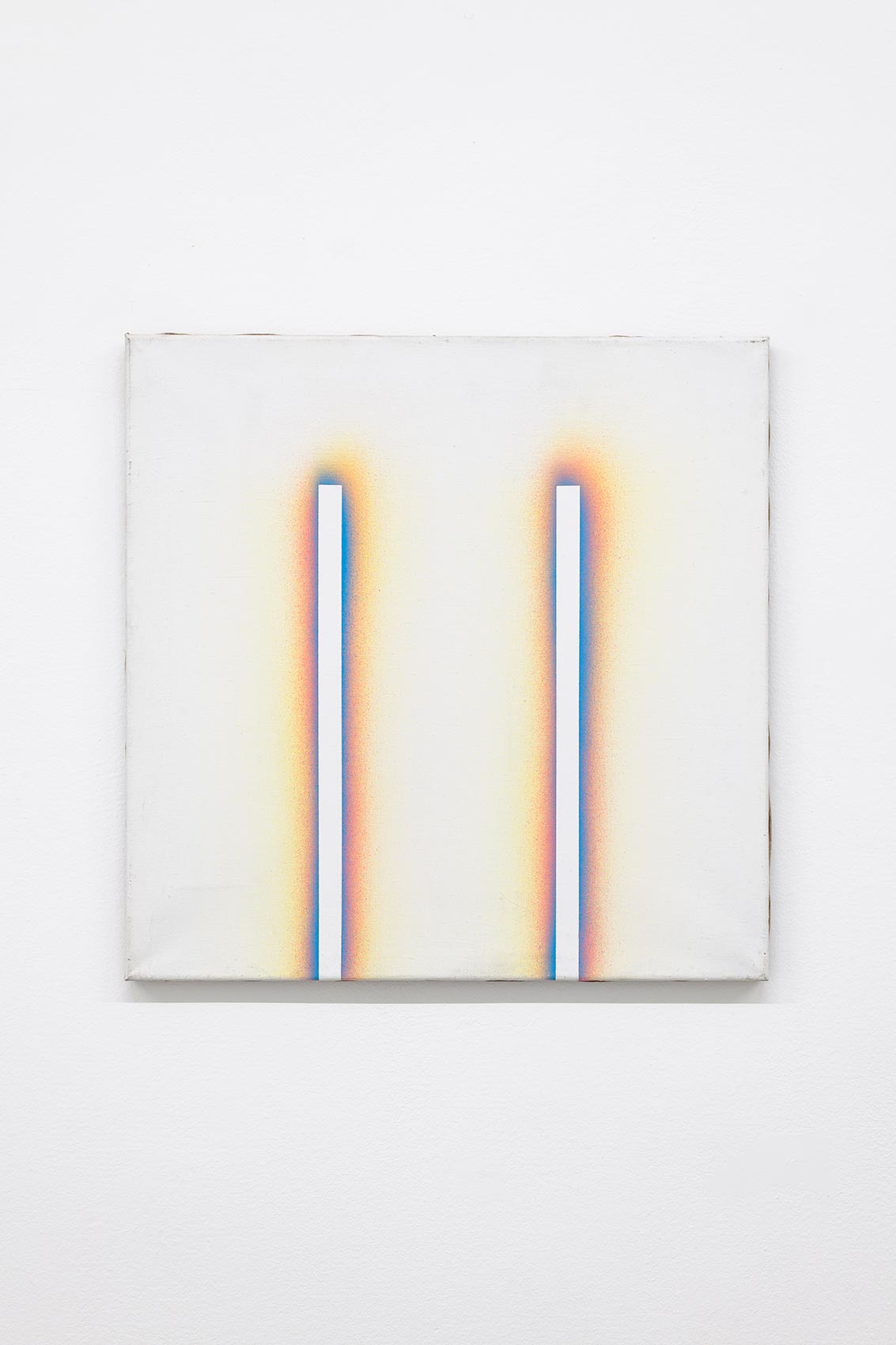 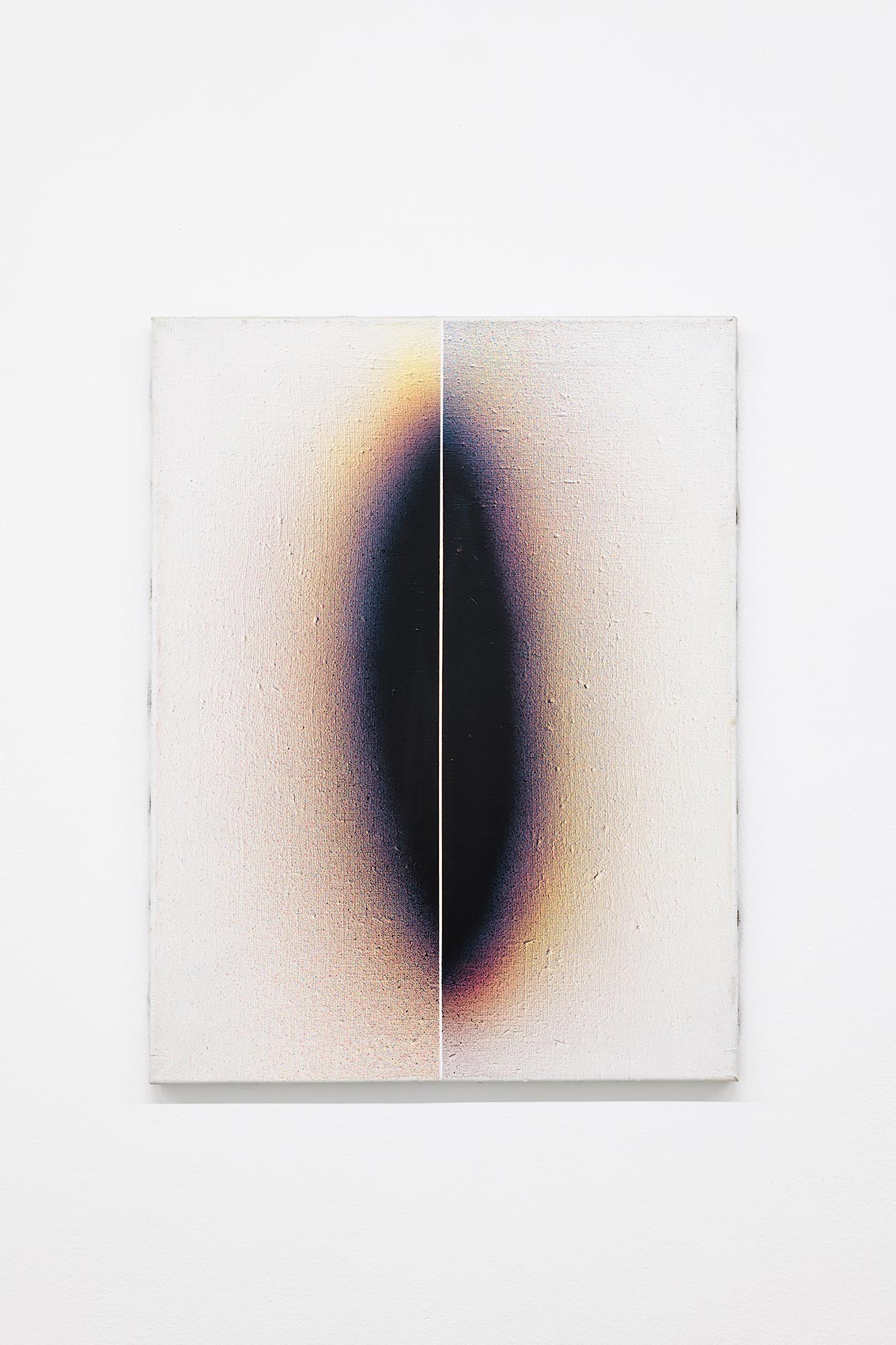 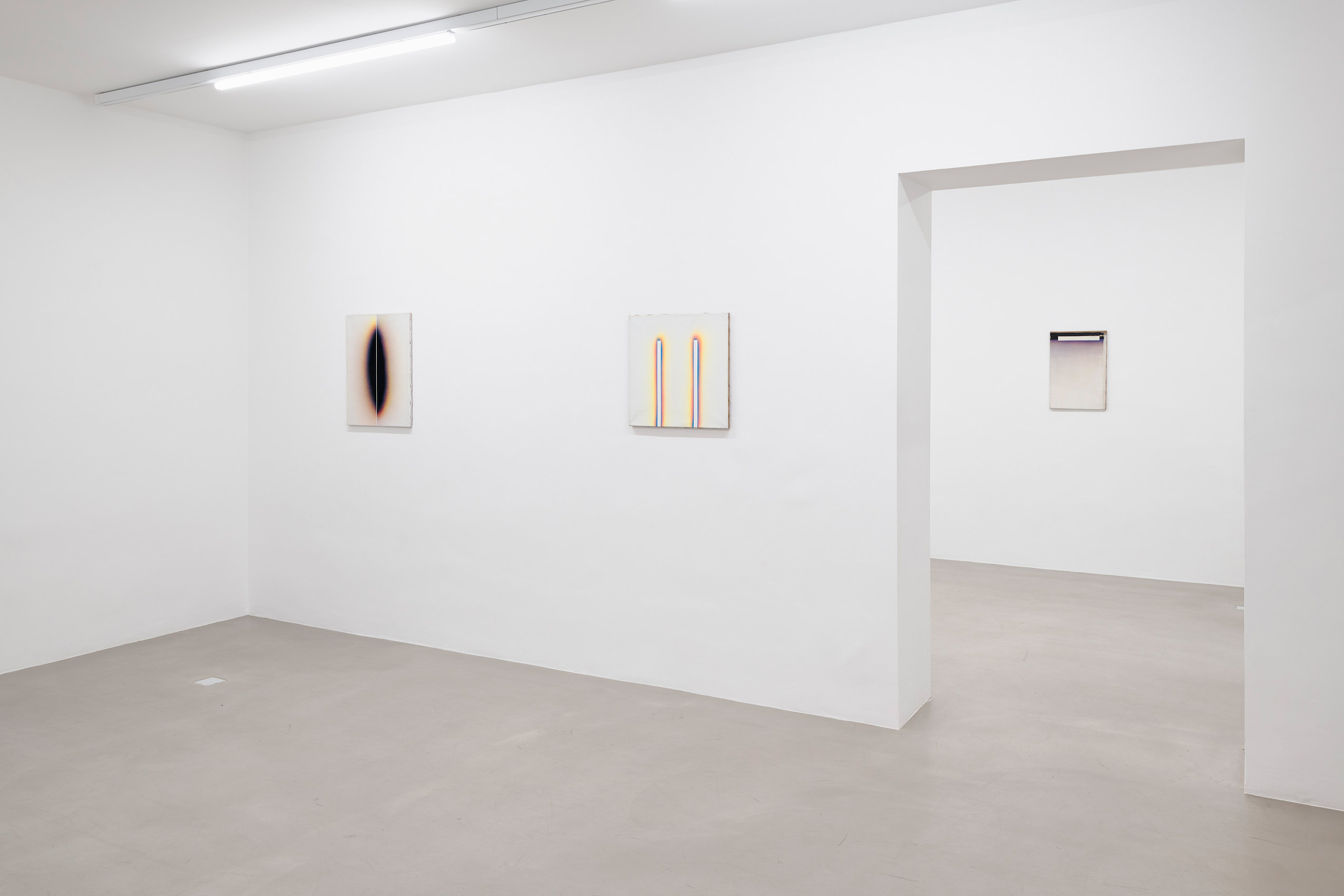 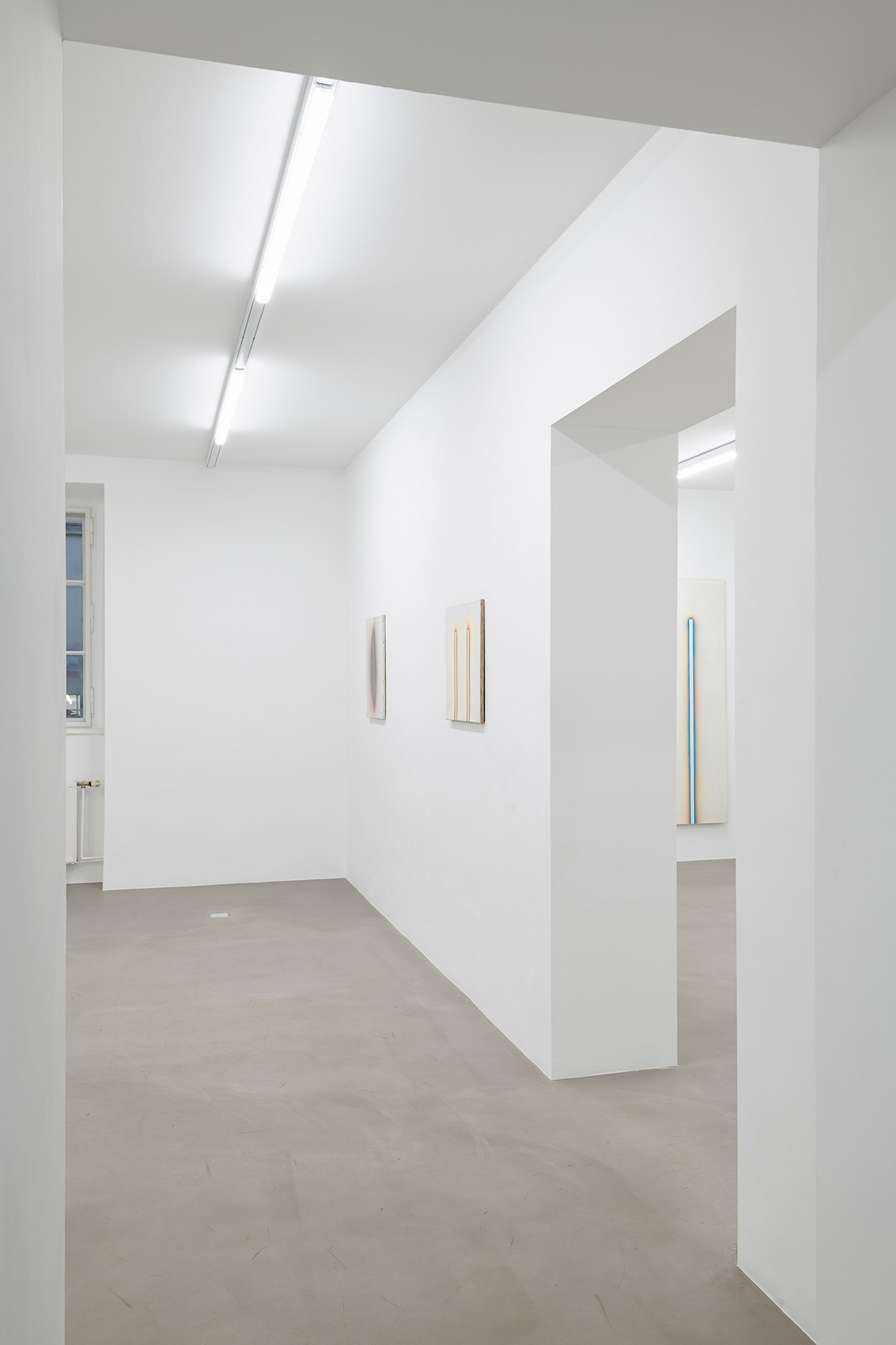 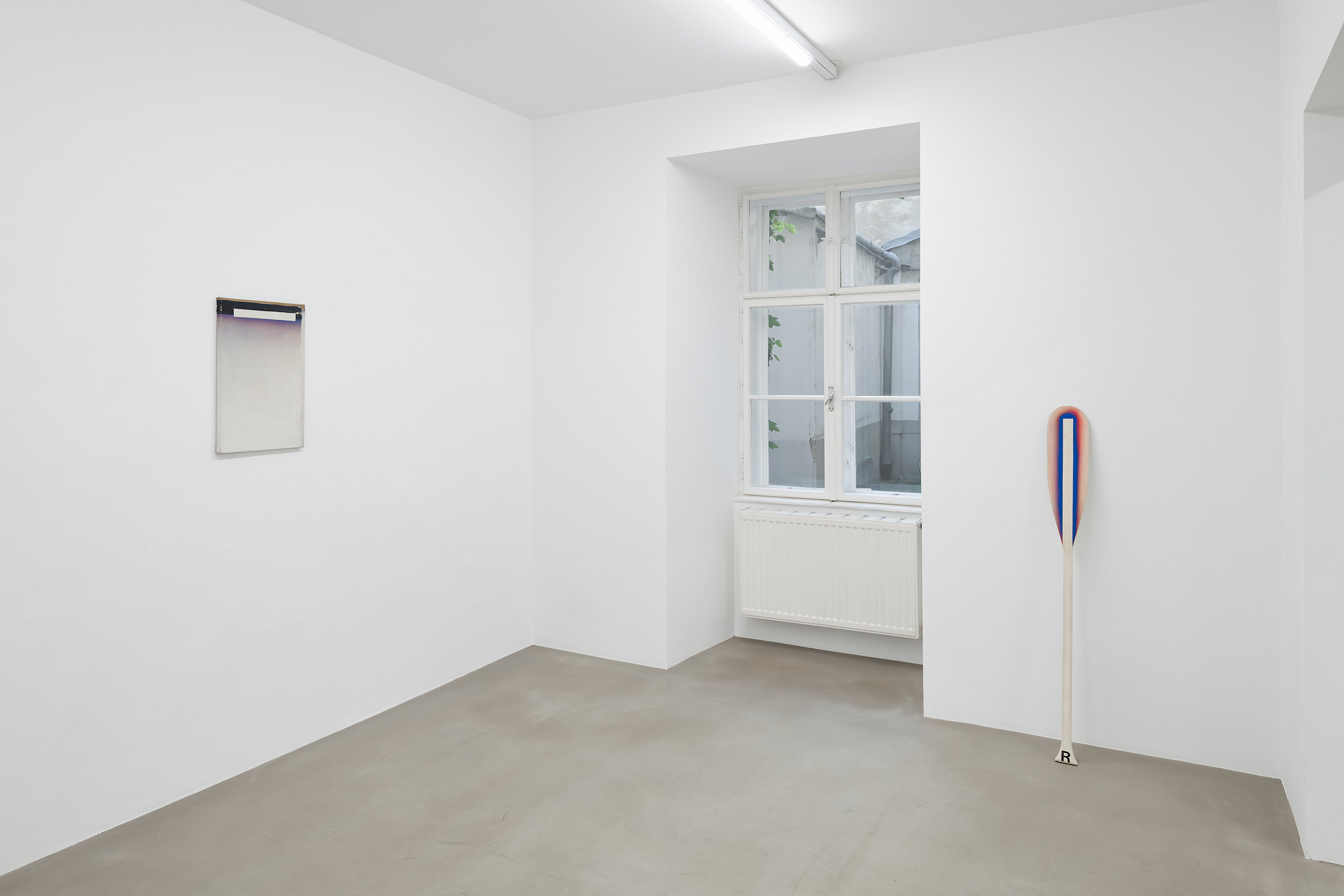 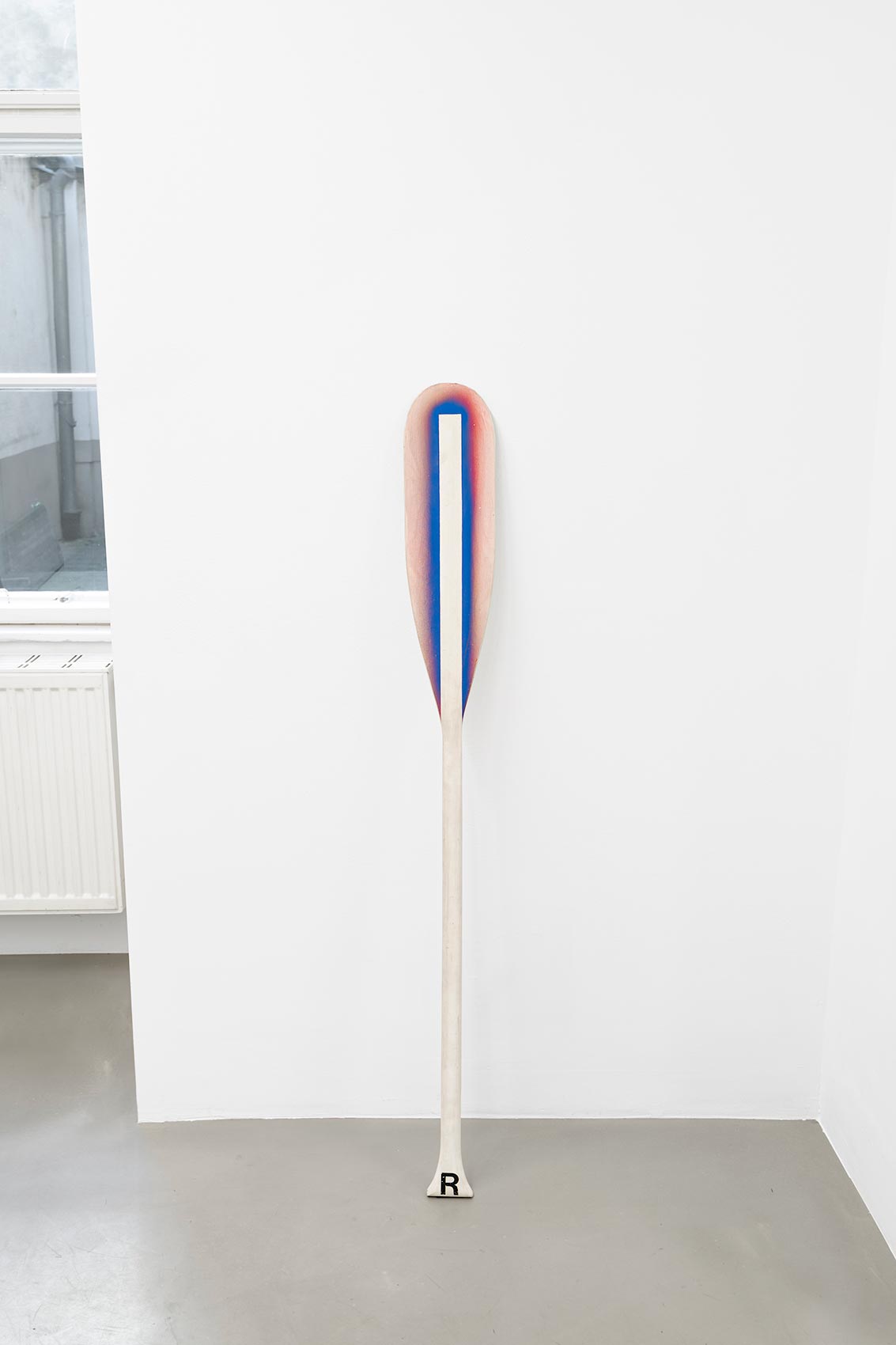 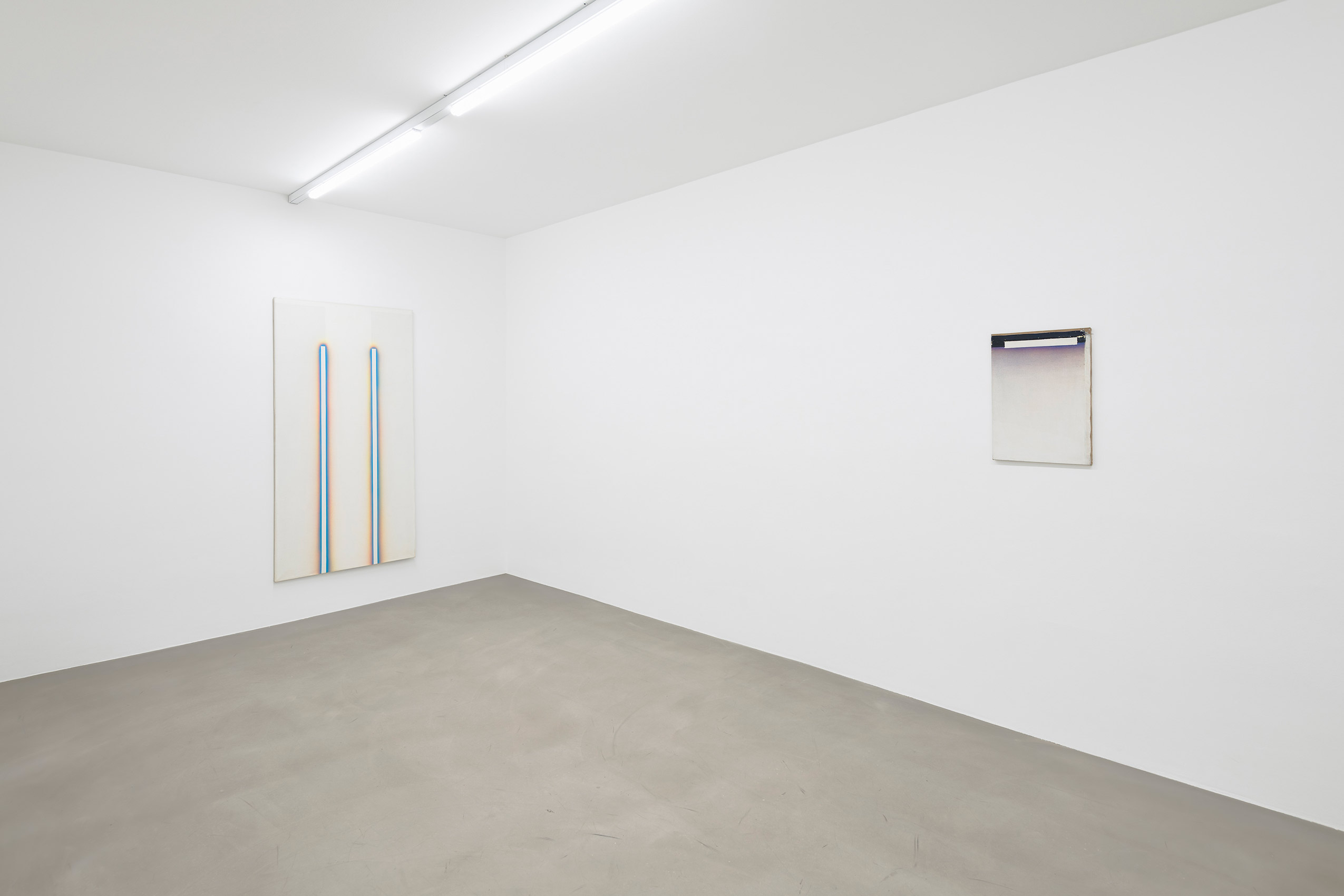 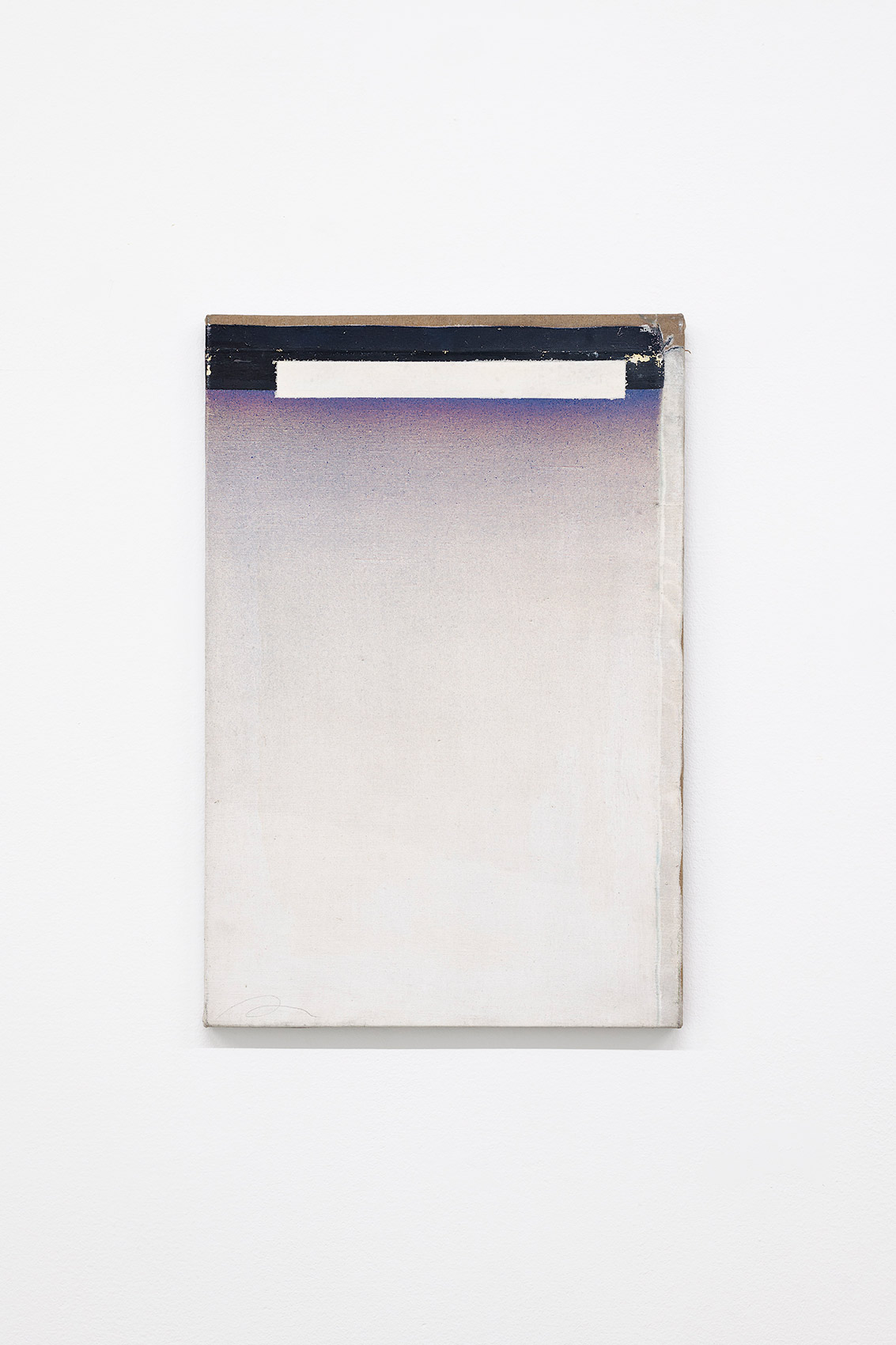 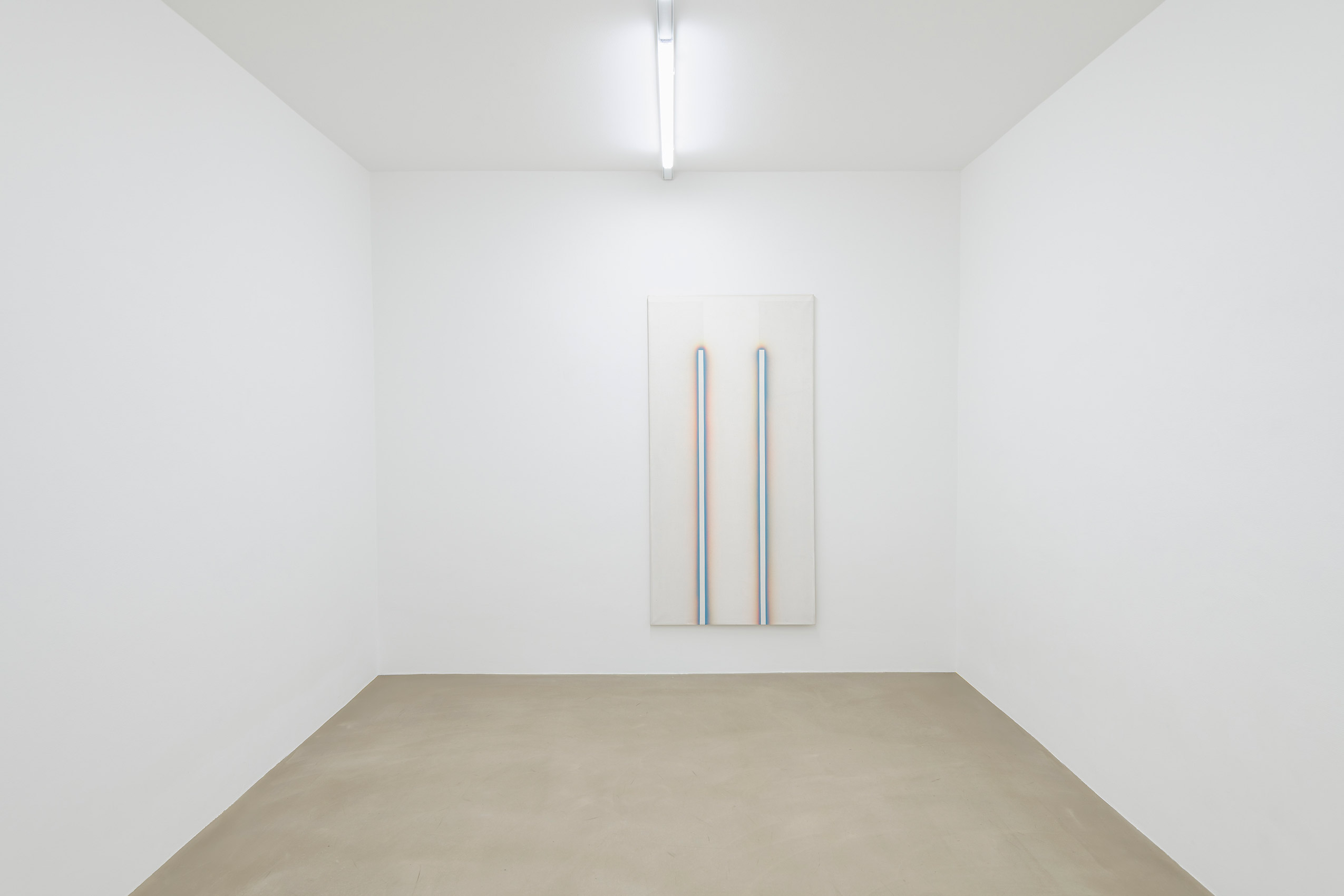 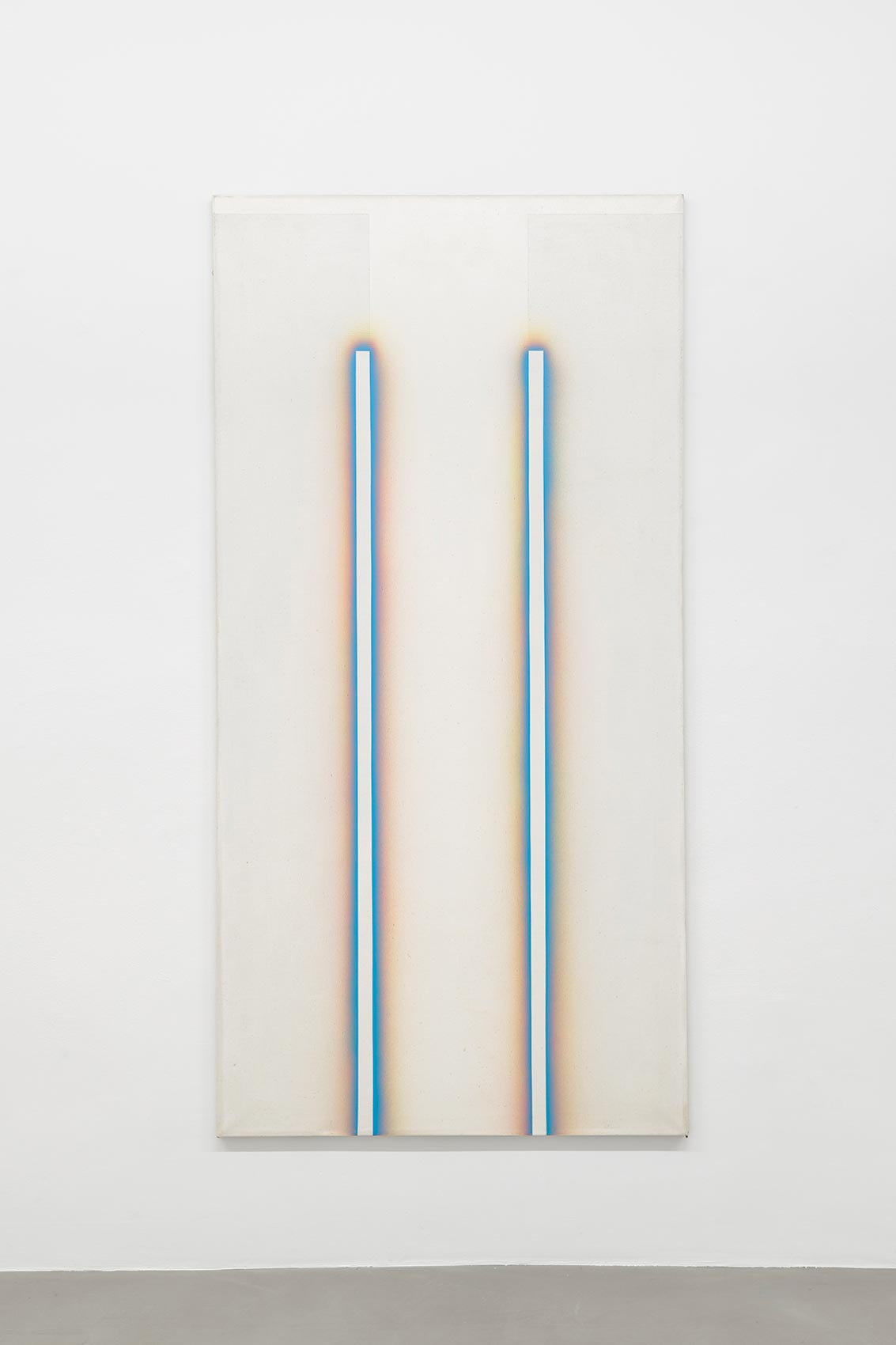 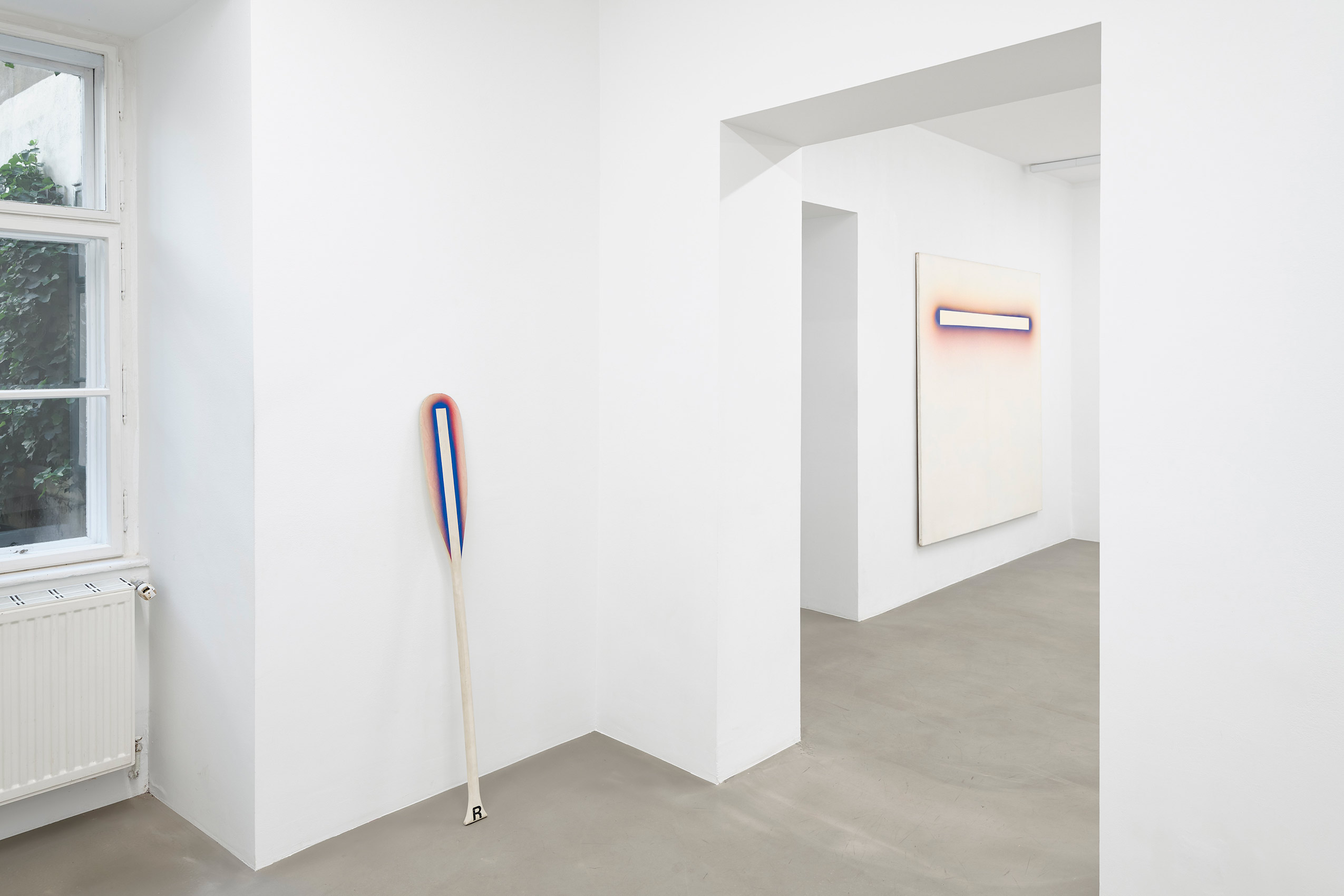 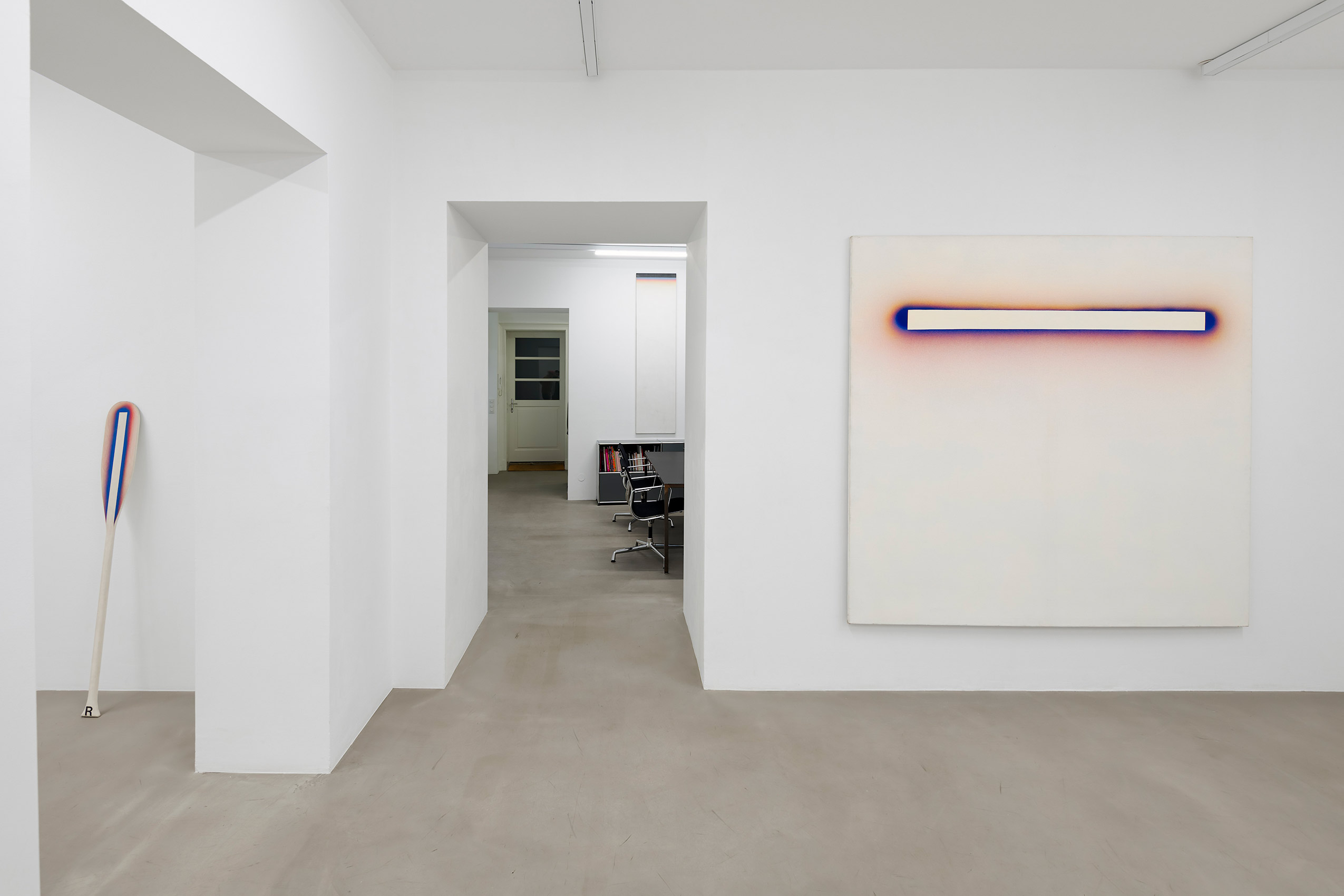