Now Is I Know 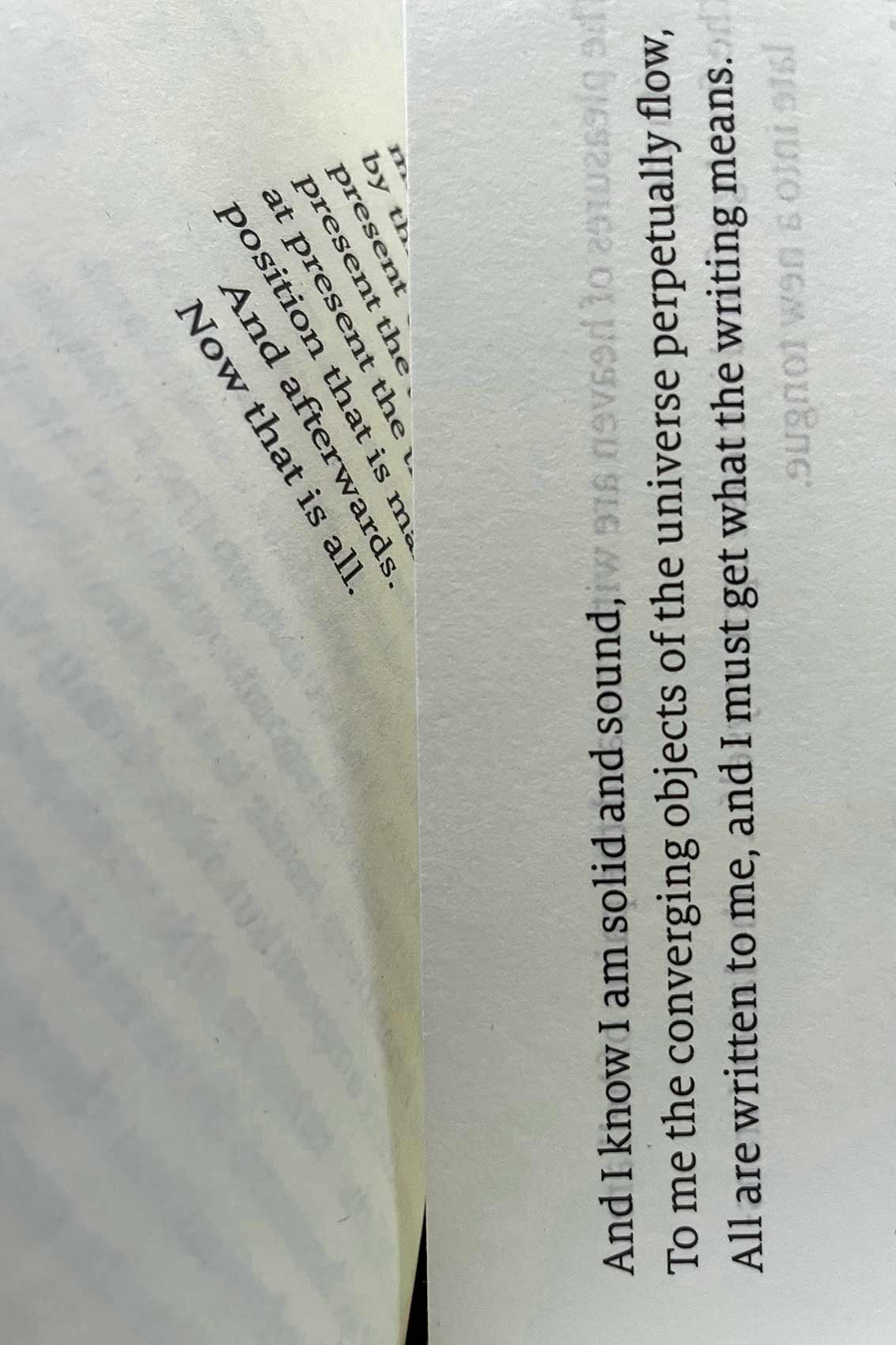 In India, at red lights, street children carry bootlegs of English books past cars and their occupants (as I write this, I’m kind of reminded of the cave allegory – the movement of something being carried around, being tied to the steering wheel, trying to make out the titles and thus the meaning of the individual books, yes, even being dazzled when you get out of the car, but never mind). Just like everything else that passes, these books, of course, are intended for sale. That’s where my edition of Walter Benjamin’s collection of fragments and notes, actually published by Routledge, came from. In it, he speaks of “the protective colouring of the planet” in one note. Now of course, he wrote this note in German, the introductory story merely serves as an explanation as to why I quote this term in English in an otherwise English text, and why I think about it in English. And yet, English may not only be connected via this anecdote, but also quite causally, insofar as English – as lingua franca – has something of a “protective colouring of the planet” for so many stranded, uprooted people. It can be something that embeds them in the world by enabling them to communicate with the world eye to eye again. Well, Walter Benjamin speaks of the fact that the grayness of the approaching disaster, fascism, has torn apart, destroyed this “protective colouring of the planet,” that it no longer exists in this way. Now of course, this doesn’t mean that a memory of it wouldn’t exist anymore. Simply because he is talking about it, there is already a memory and, as is the case with many memories, we have to look for them in ourselves. From within a “protective colouring of the planet,” if one imagines it as a kind of unison of inner and outer coloration, one could now undertake light hearted expeditions, moving from one’s own color regions into other, foreign ones. Through this, we arrive at Constanze Schweiger’s work, as I have come to known it. I saw them as forms of expeditions, formal ones – yes, formal ones, possibly more than conceptual ones – into different logics of color. This can possibly also be described as different color landscapes, with light and shadow, swamps and heights, balanced, as in the landscape painting between color values, but exempt from narration.

Here, it seems different. She herself writes: The colorings are created May to September 2020, with self-collected plants that I found while walking or ones that friends and family gave me: Stinging nettles from the Academy’s garden or dandelion leaves from the vineyards at Cobenzl or walnut capsules from the natural monument Am ­Himmel. I learned about a few things, like wild carrots or that the bark from a cherry branch smells like cherries when you boil it.

This sounds like a movement undertaken to reassure oneself of the world. It sounds like someone who comes home from a trip and goes through all the rooms, slides his or her hand over every­thing, looks everywhere to see if everything is still there.

Constanze Schweiger kept a diary about this movement, a form that we know mainly as a literary one, but which, with this name, accompanies many researching professions and such activities, in which one should be able to give an account of what one has actually been doing at any given time. She also calls it a coloring diary.

In all of this, of course, the ongoing pandemic resonates, the effects of which we will still be living with when the exhibition opens and out of which we will be directly coming from. Corona, in a way, also ended a kind of journey for us, and this moment of arriving home and having to grasp one’s surroundings first (here, too, the haptics in the word to grasp play a role) determined the beginning, the need we felt to account for the events of the days, so that they would not simply pass by, describes the further course we are taking.

This work, now, too, has formal aspects, the chosen colors also have their own logic. Constanze Schweiger writes: Plant dyes are organic pigments, they mainly react to light, but also to oxygen or the pH of their environment. The colorations will vary, in different ways on the front and back of each object. I color the Giluform [the plaster used] very lightly with earth pigments. Soils are somehow similar to plant colors, but inorganic, therefore stable to light. Without the dye, the colored plaster looks diffusely whitish – light beige – grayish, next to the dyeing it looks colorful, gets a more defined color.

Beyond these formal aspects, however, this new body of work also has a narrative aspect, or possibly something more like a sentiment, a melancholy about the ­precariousness of the one who is looking for this “­protective coloring of the ­planet” – and sometimes even has to do so out of necessity of life. Walter ­Benjamin further describes this coloration by saying that it is what makes us certain: “that it speaks our language, too.” I must ­continue to quote these ­sentences in this [­English] language because of the ­Indian street children, ­because of all the “commons,” that which belongs to all of us, and yet not: the common language, nature, the world. 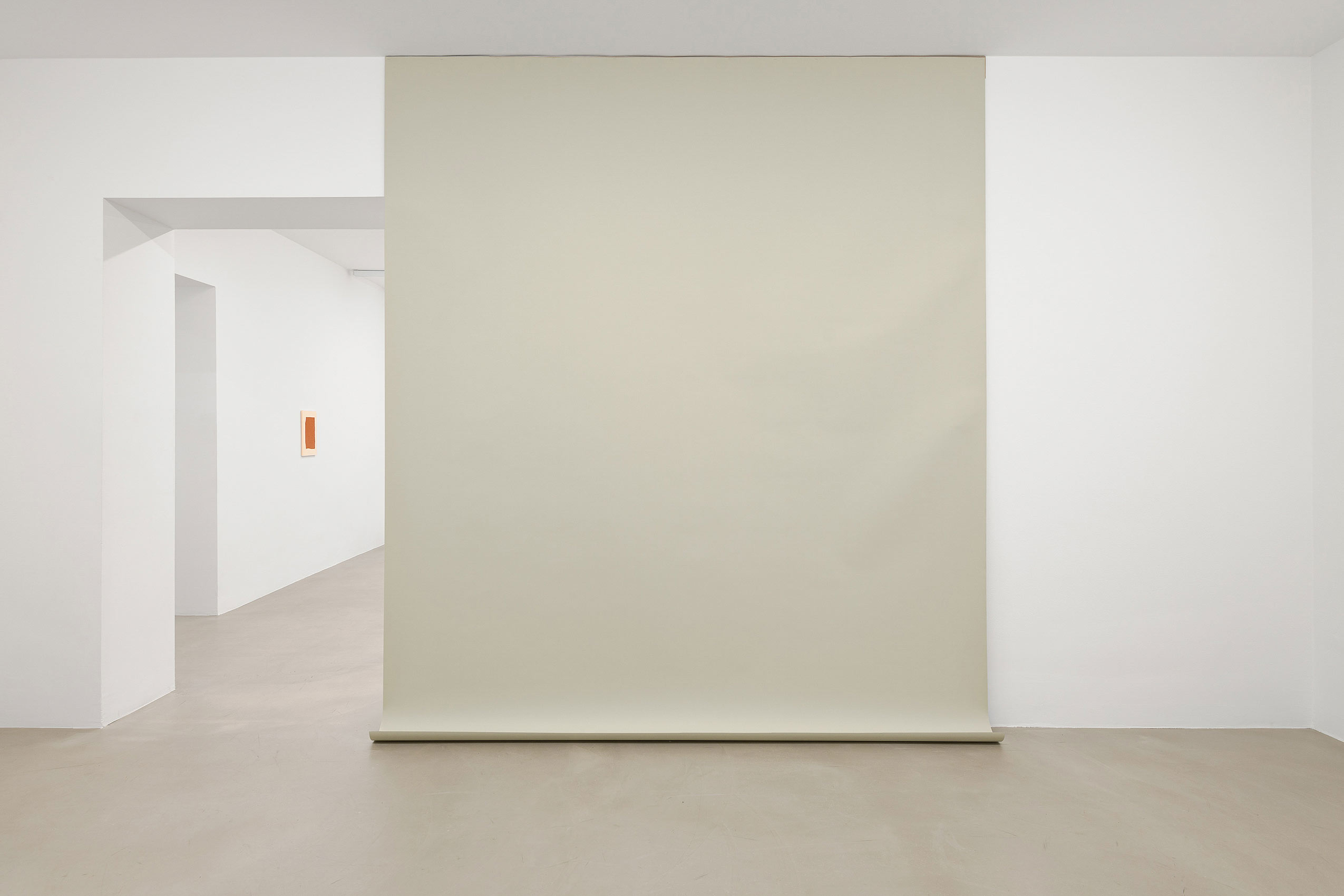 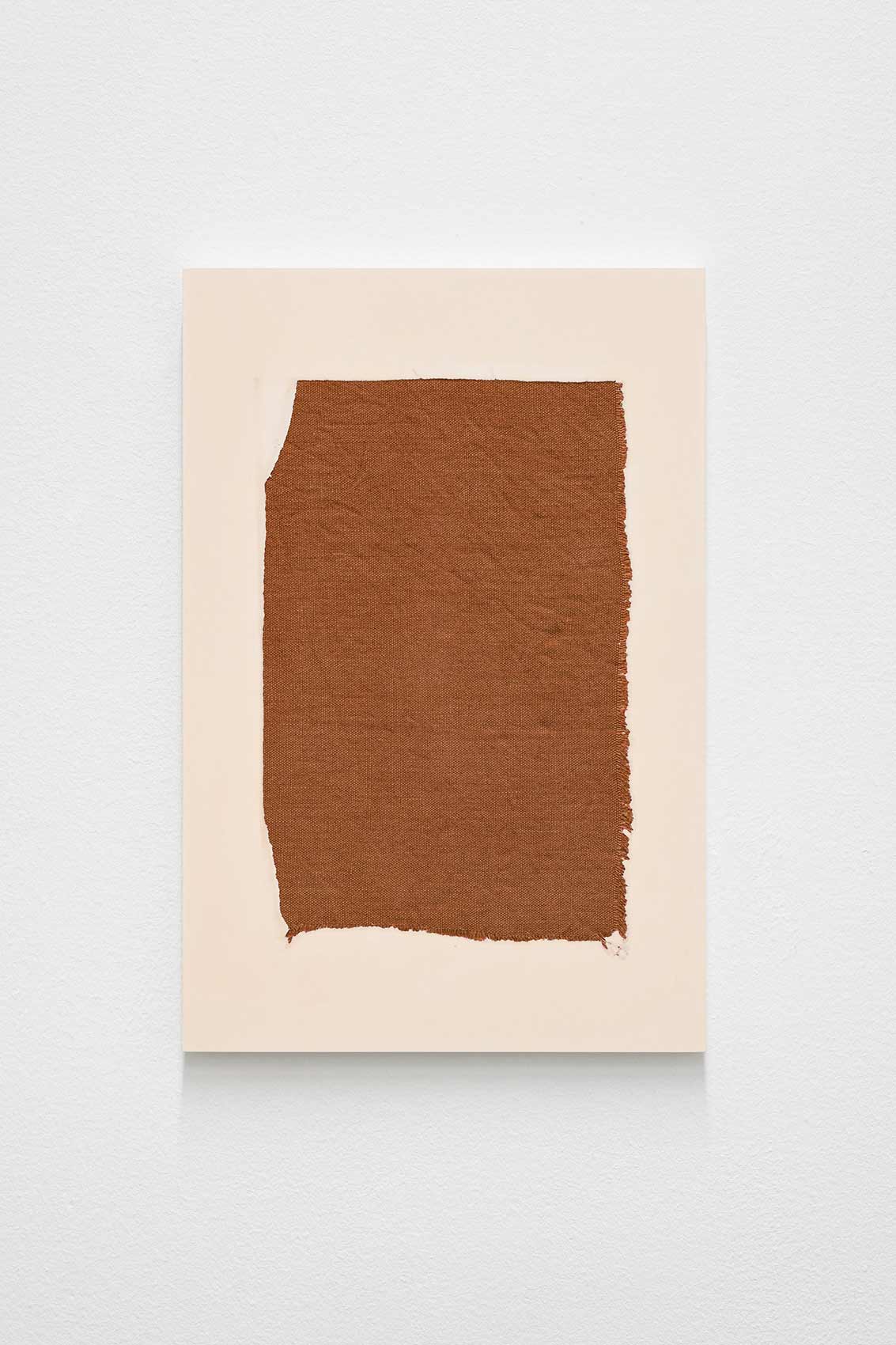 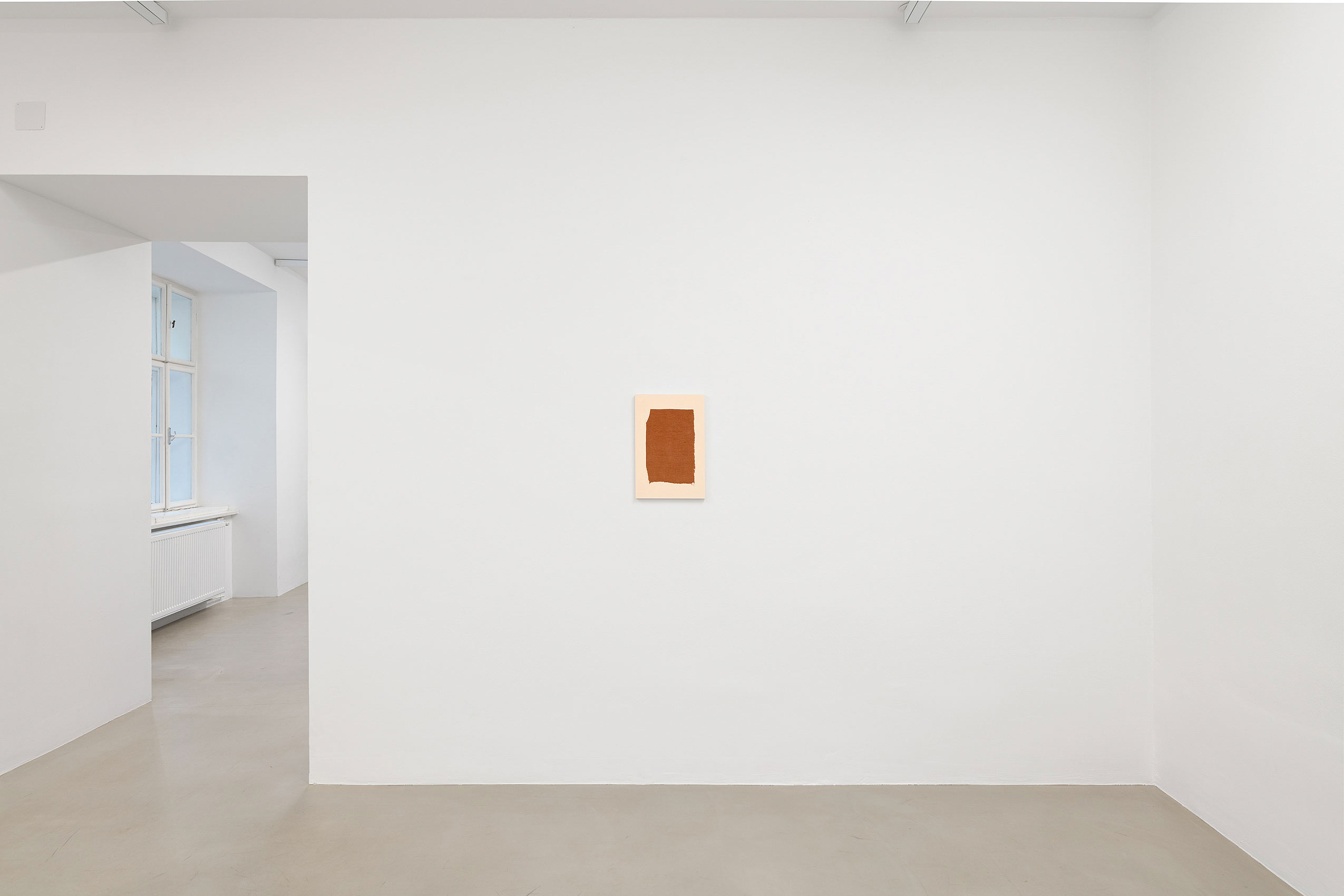 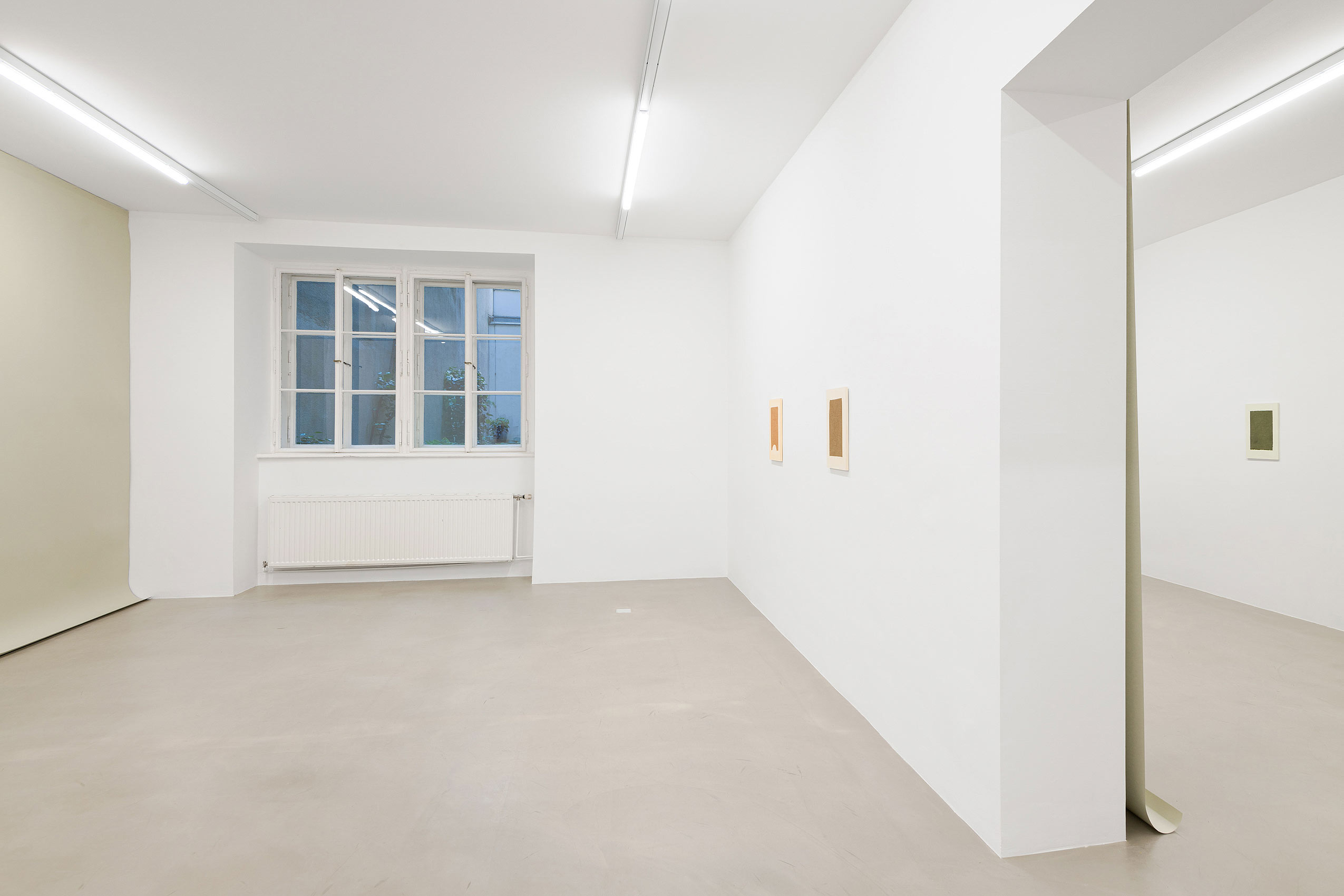 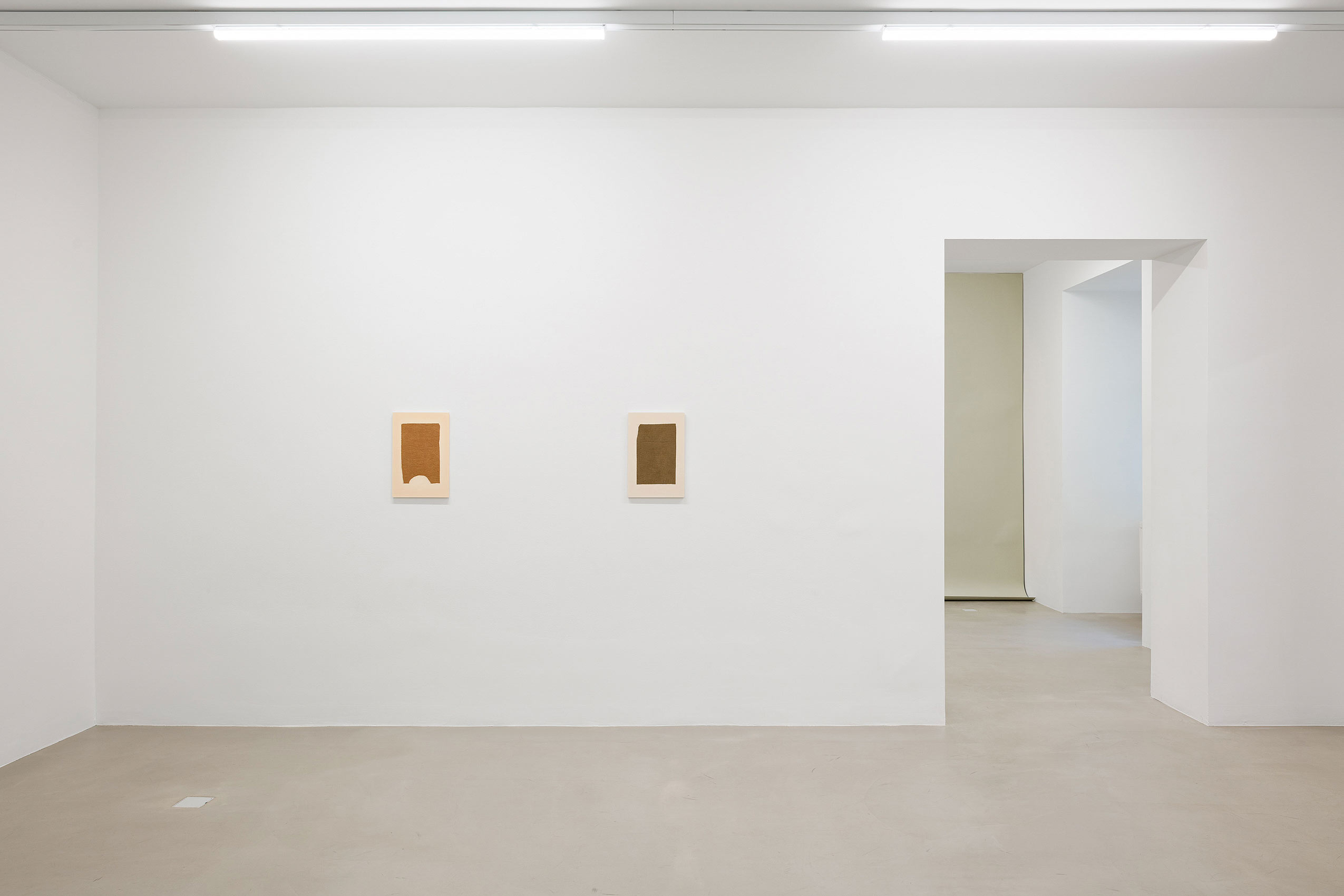 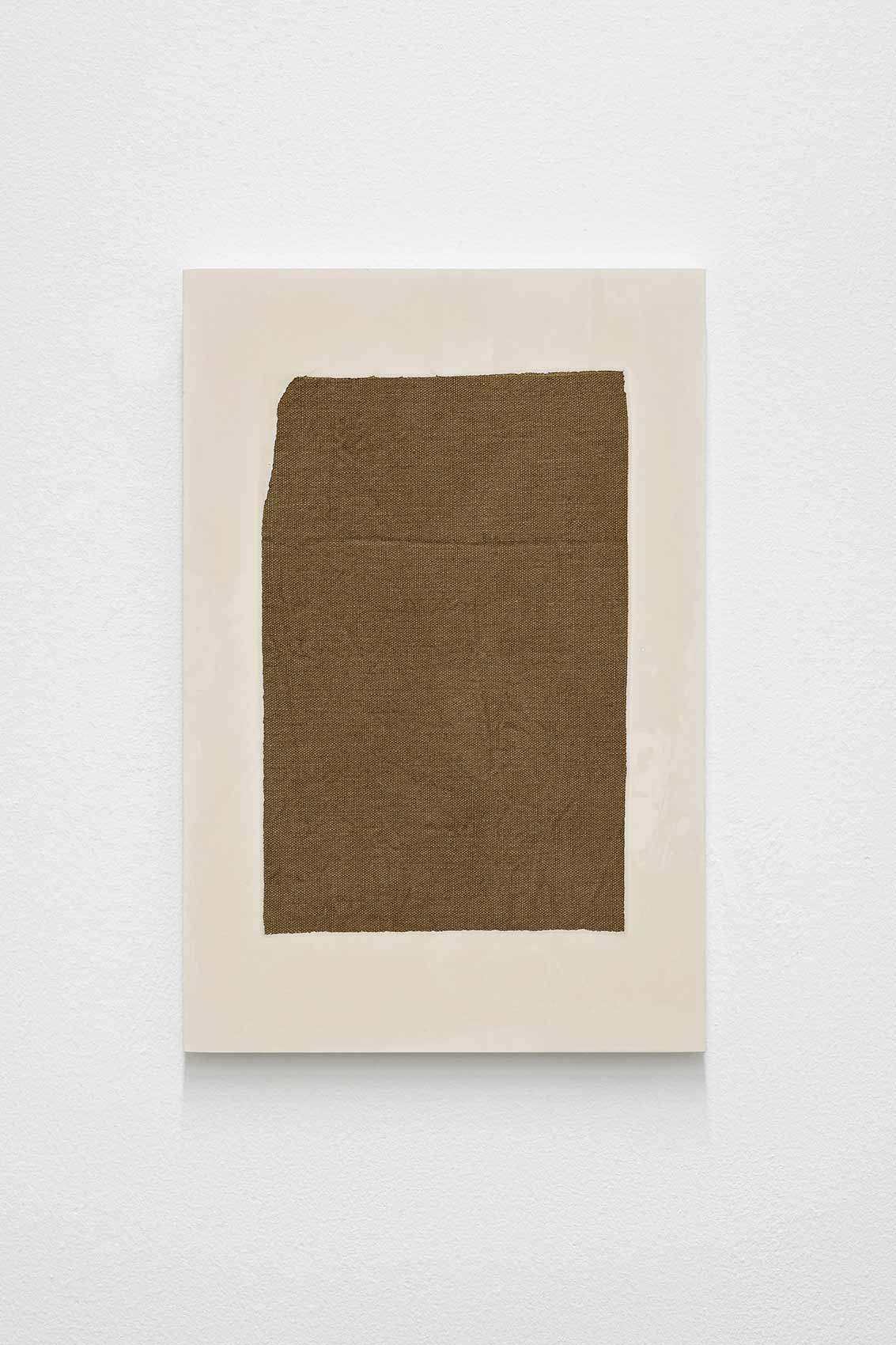 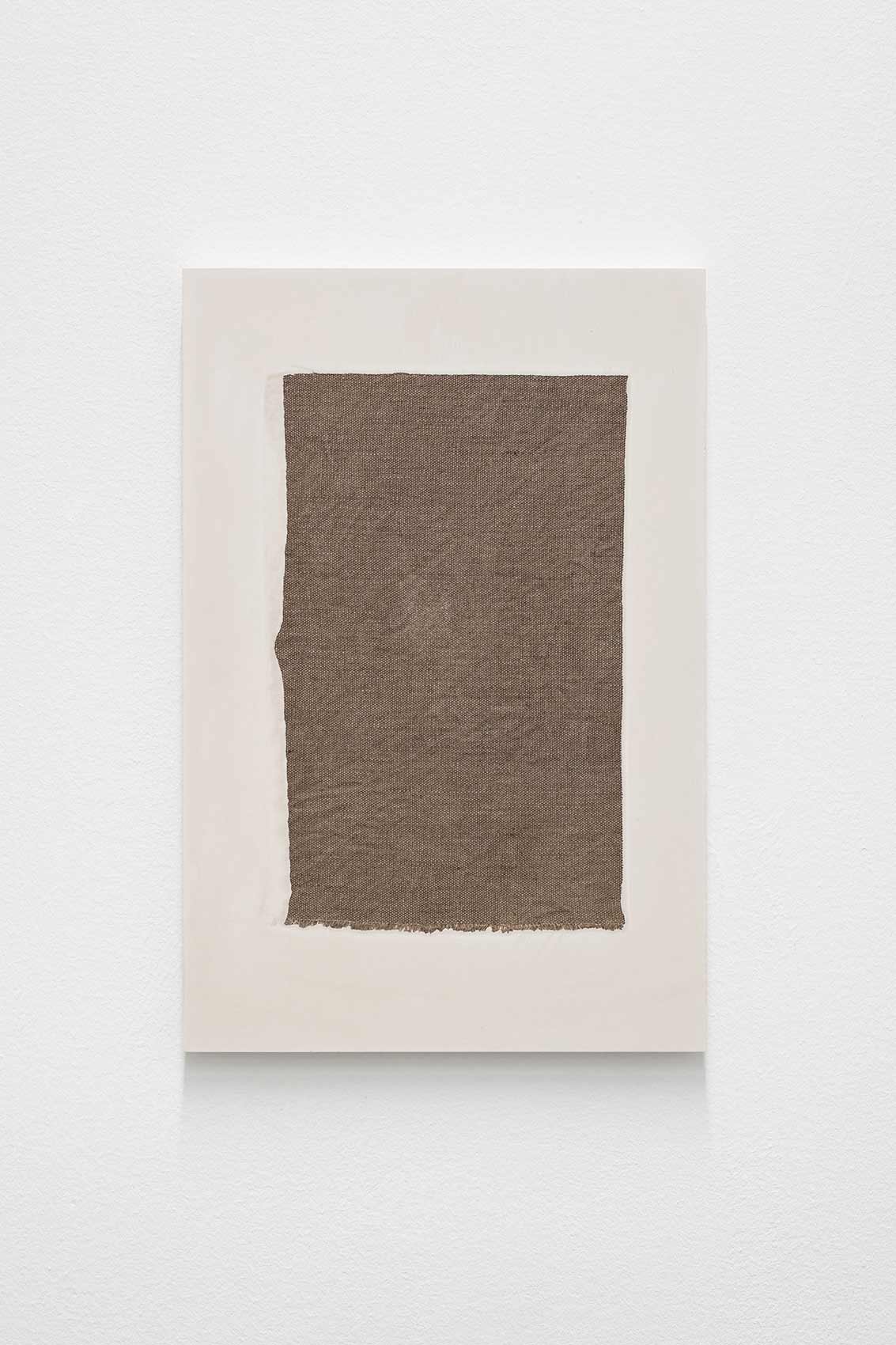 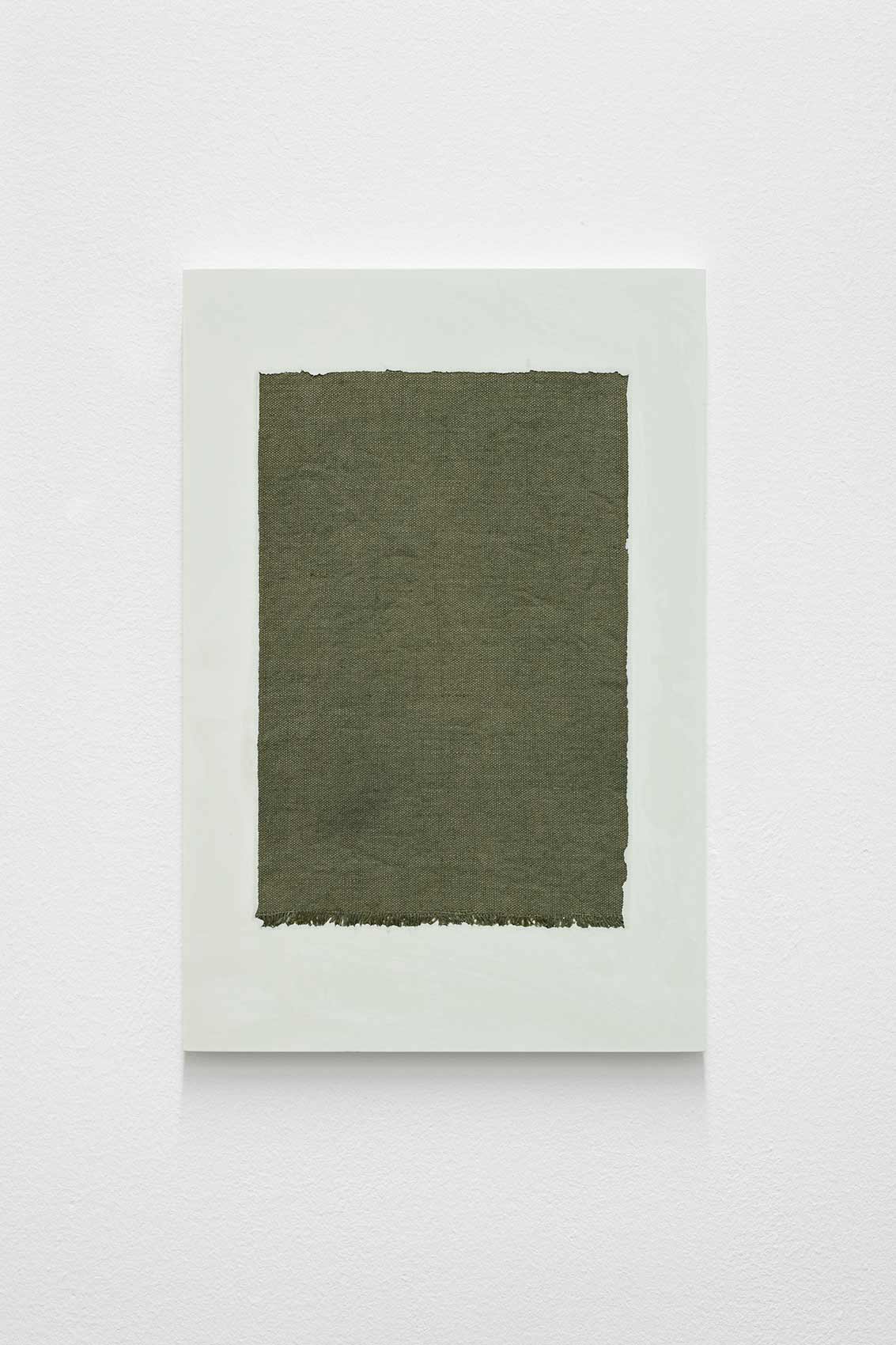 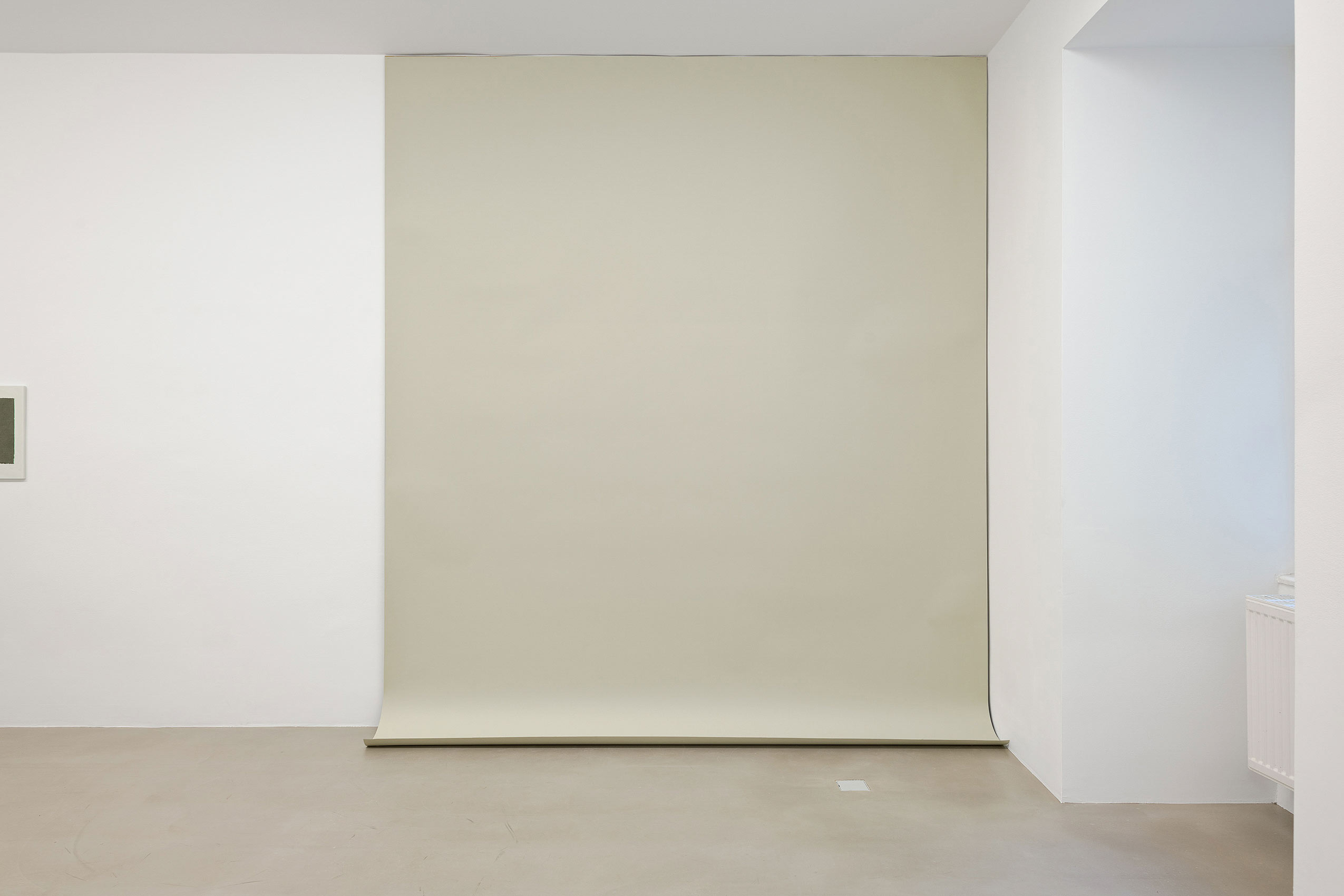