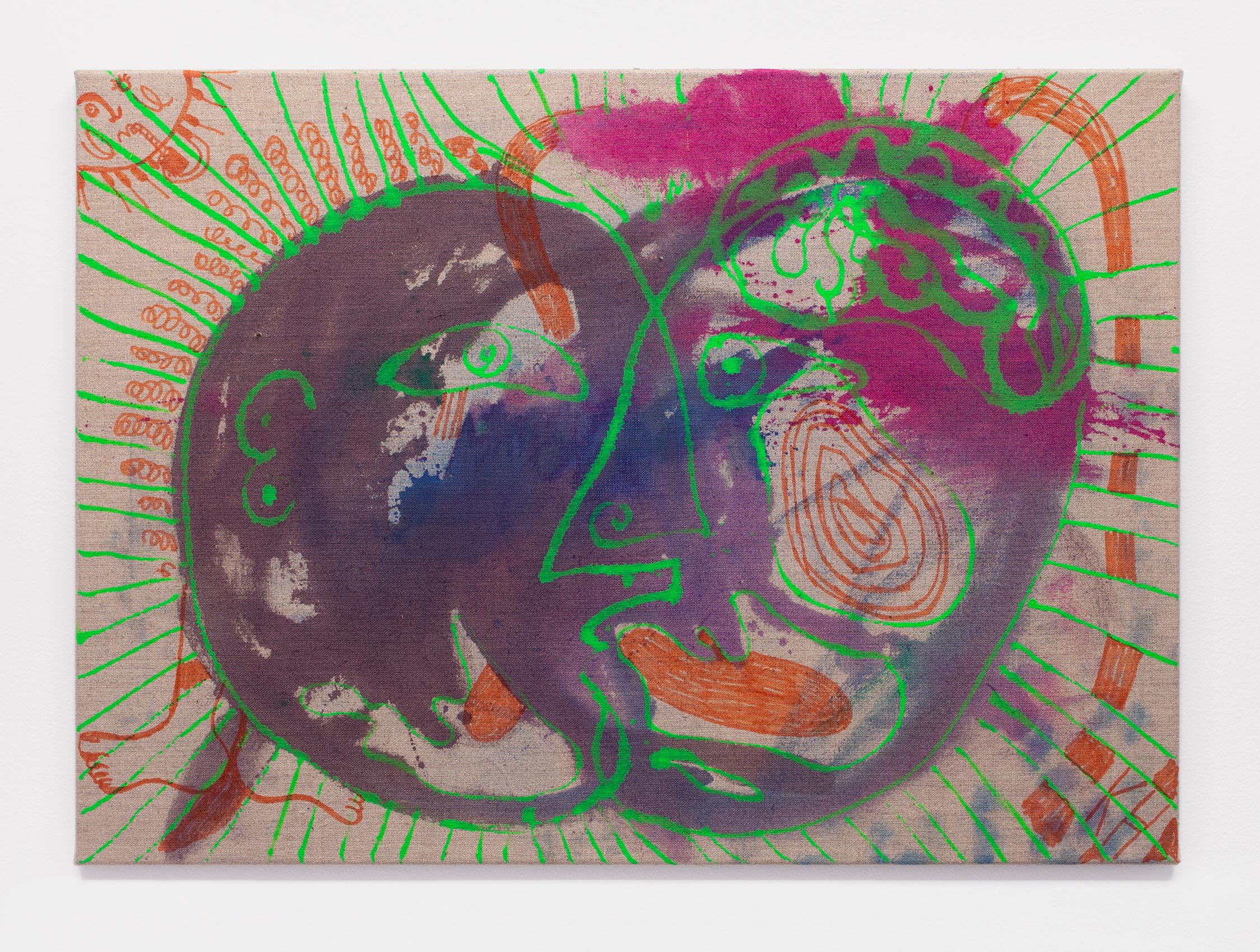 The history of art and the history of dogs go hand in hand. There are depictions of dogs in cave paintings in Saudi Arabia from around 9000 BC. Domesticated dogs appeared in Egyptian art and imagery, echoing the jackal-dog god, Anubis, who guided the soul of the deceased to the Hall of Truth. In Western art history they symbolized status, loyalty, protection and love. In 17th and 18th century engravings, however, a new way of presenting dogs emerged. In the corner of some of the most benign architectural prints, a small dog could be discovered pissing against a column or a post. The curly toy poodle that appears as a recurring motif in Katharina Höglinger’s artwork has a similar role. Resembling a plushy stuffed toy as a much as a real dog, its small tongue lolling out of its mouth, it highlights that art can be imbued with elements of joy and humor as much as seriousness.

Her compositions and content also play on the traditional tropes of art history – flowers in a vase, the nude. Yet her take on pose and gesture is charged with a feminist subtext. She is equally aware, annoyed and delighted by the viewer’s engagement with and attraction to these almost obvious genres. Yet her fast, playful approach takes those references, sticks them in a blender and makes them inventive and unexpected.

Höglinger’s work has echoes of the autobiographical, but her recurring female characters have a life of their own. Their narrative emerges as a response to conversations and observations the artist has in life, but lives in tandem to the artist’s own experience. Self-portraiture at a side step. Her paintings, textile pieces and works on paper often depict fragmented body parts – a heart, a floating eye, a wiggly nose, little floppy breasts, a foot. These scrawled elements have symbolic or emotional resonance but the interpretation of meaning is up to the viewer. They reflect the speed of her creative process. Ideas and images floating into the artist’s mind.

Her color palette can be at times psychedelic and strange. She not only uses pigment and oil paint, but also textile paint, clothing dye and markers. Fashion is something that bleeds into her work beyond materials. Her approach to unprimed canvas or textile often plays with translucence. She has created artist’s books with T-shirts sewn into the binding as graphic, painted pages. Her work has also been activated by being worn or exhibited as clothing items in an exhibition context. They somehow extend from the paintings – like entering her characters’ messy bedroom. Katharina’s initials appear like a hand-drawn branded logo in her works, winking at the idea of branding and merchandise, as well as the concept of artistic signature. The meaning of the letters begins to dissipate in the work, however, becoming a graphic pattern and visual motif rather than something underlined.

The exhibition’s title Zunge verlieren (losing tongue) is central to the works collected here. This metaphor of losing a body part reflects the artist’s own sense of powerlessness at this political, biological and social moment. It also touches on the need to perform and present oneself in the public space and the conflict this creates internally. Language and words fail to function. Instead in Höglinger’s world we are presented with visual metaphors and symbols to capture the emotional resonance of the now. 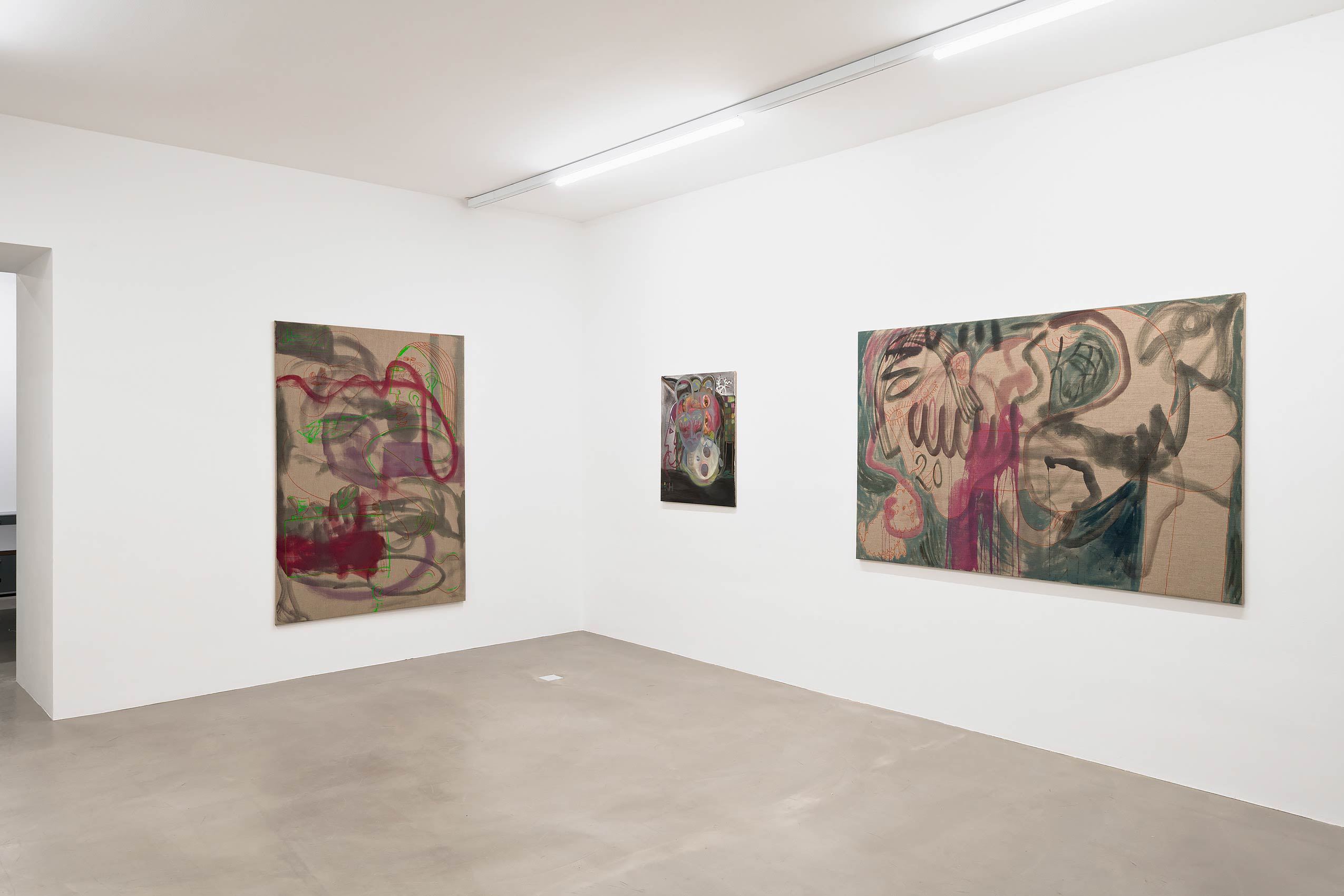 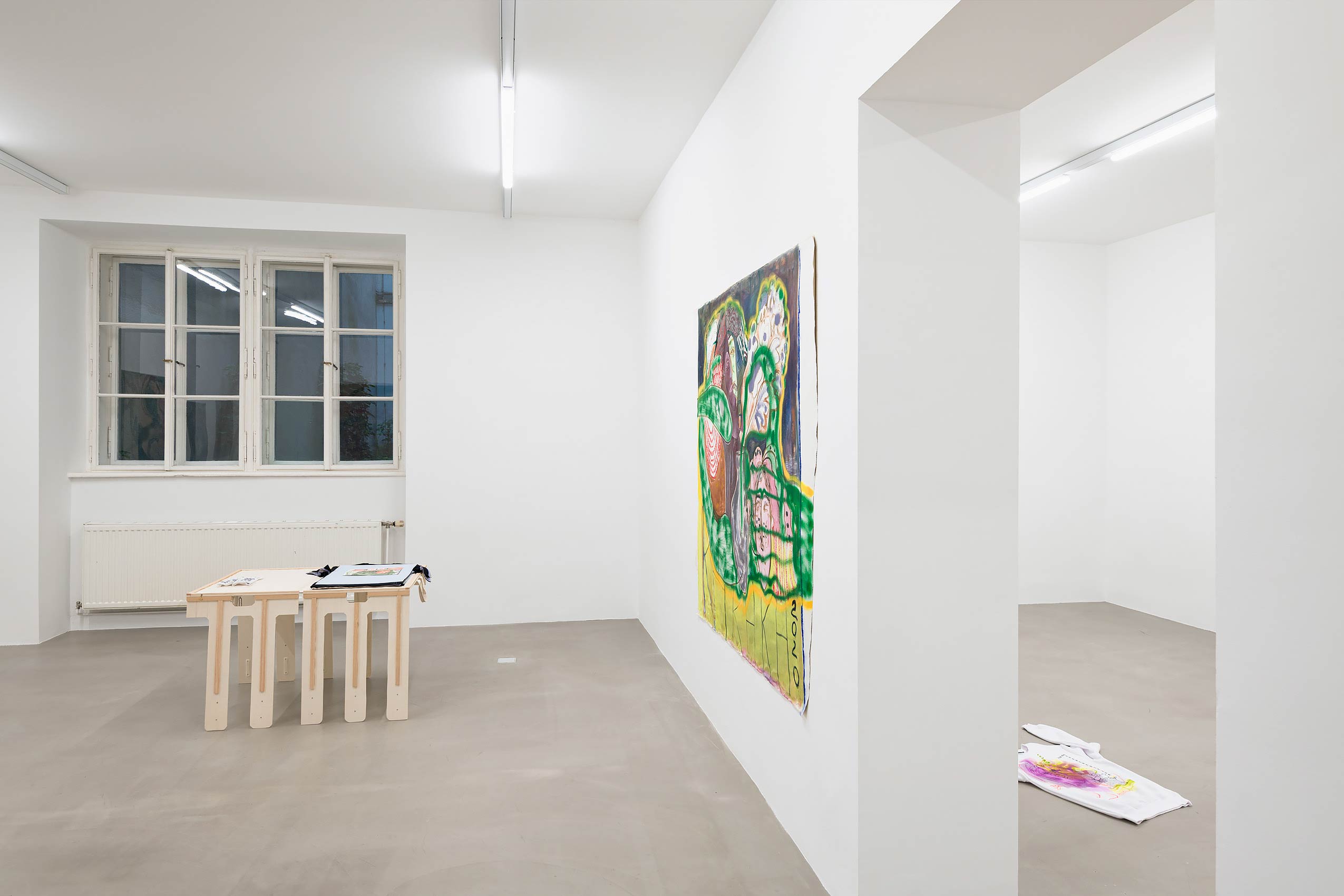 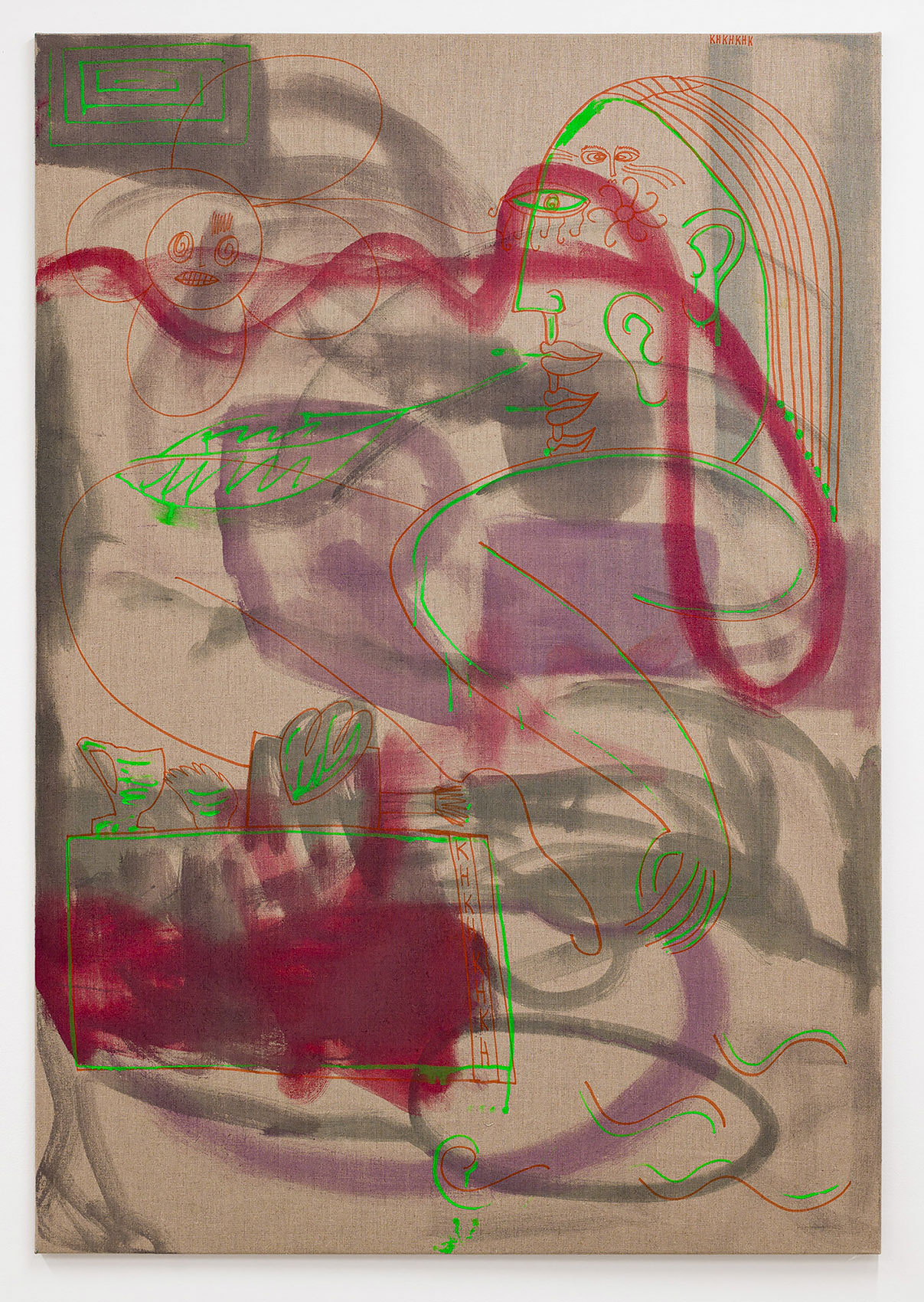 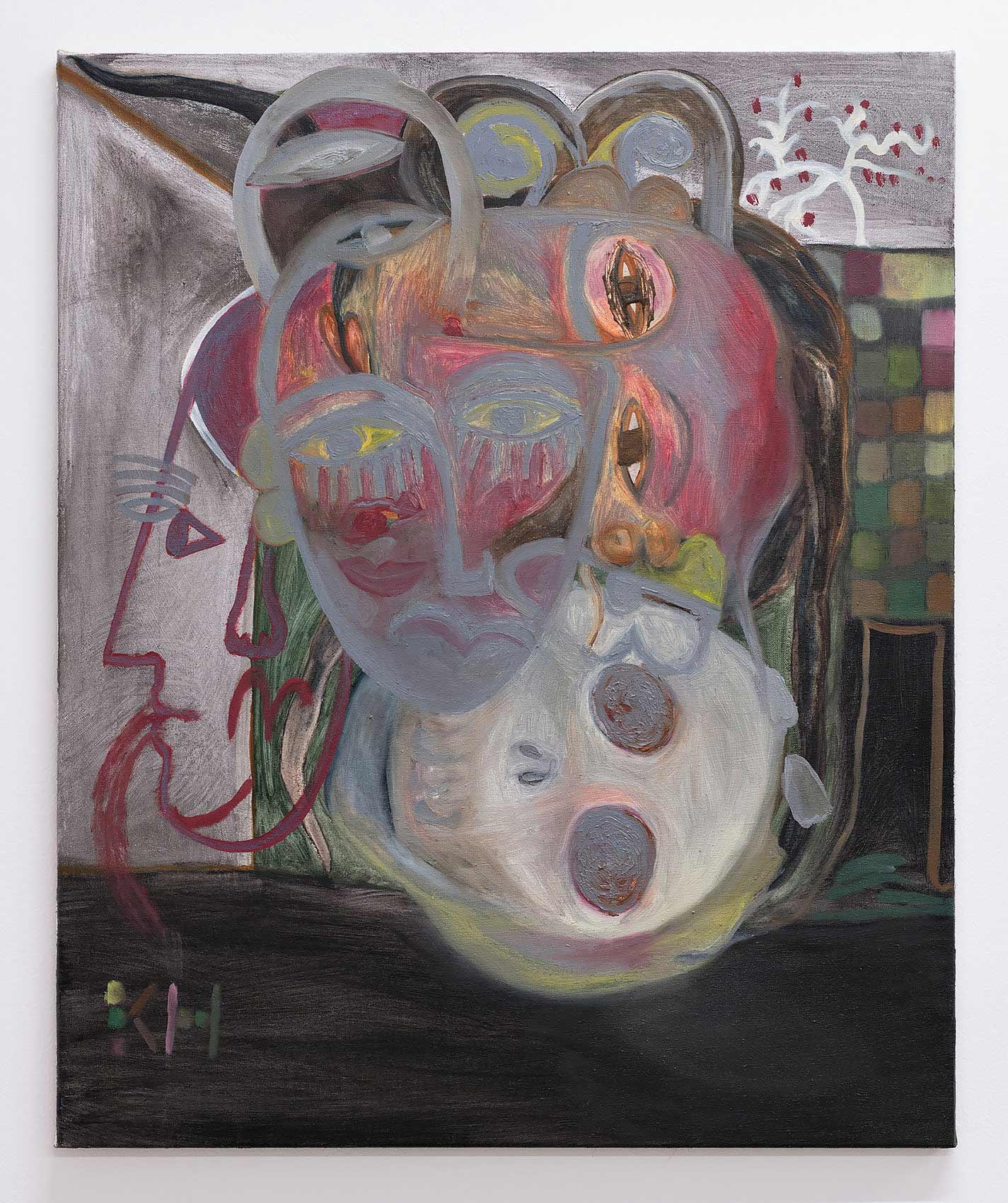 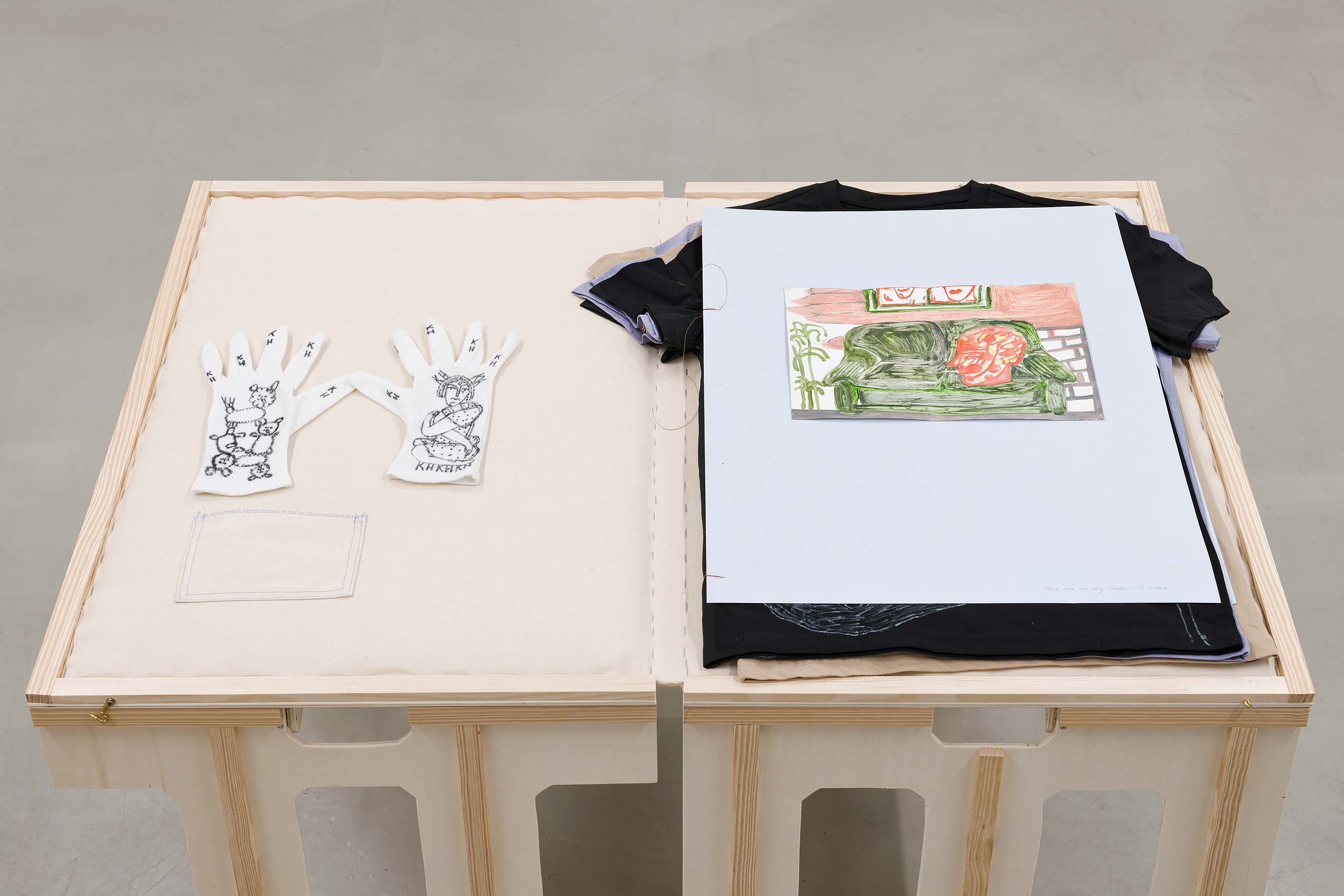 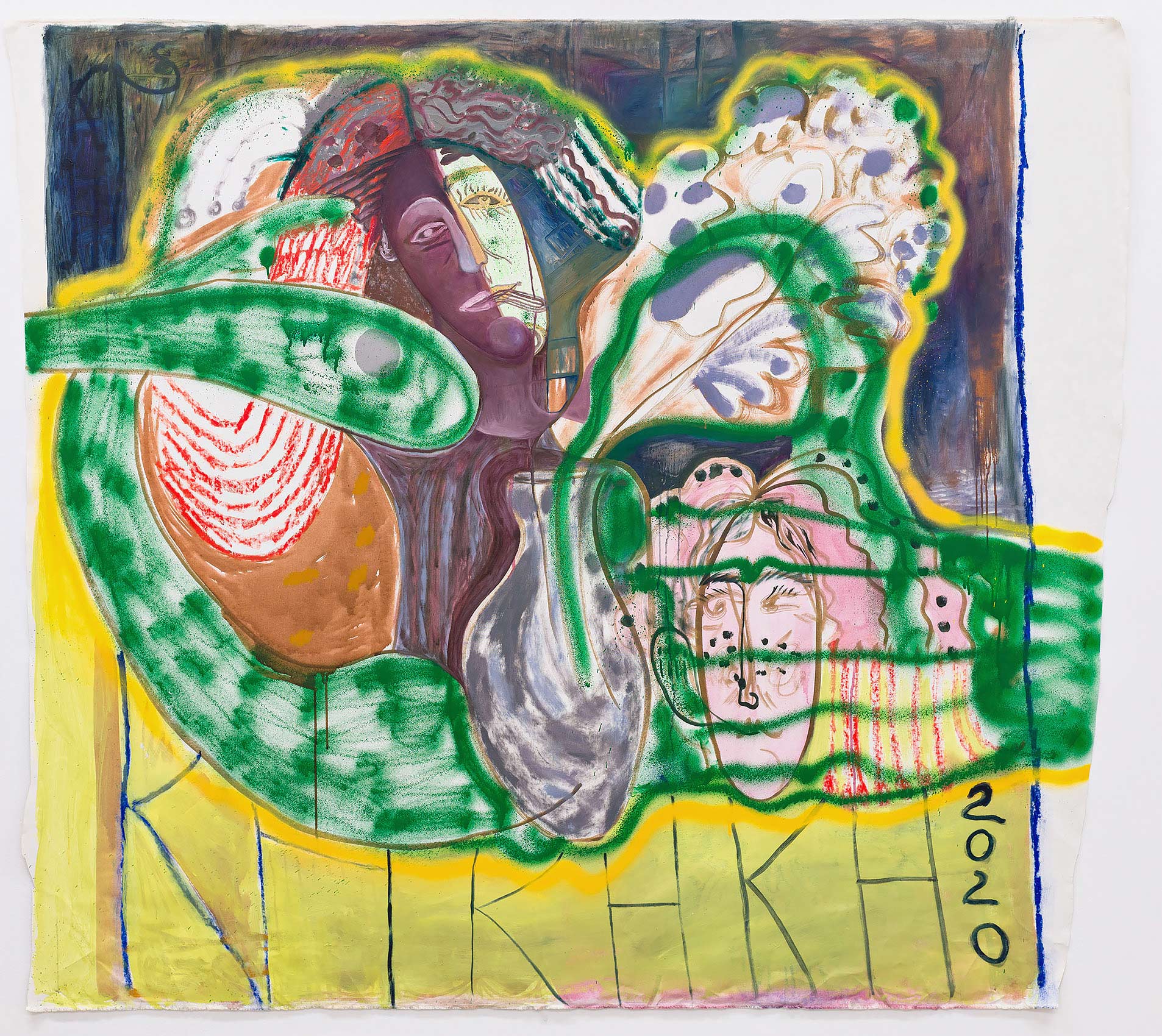 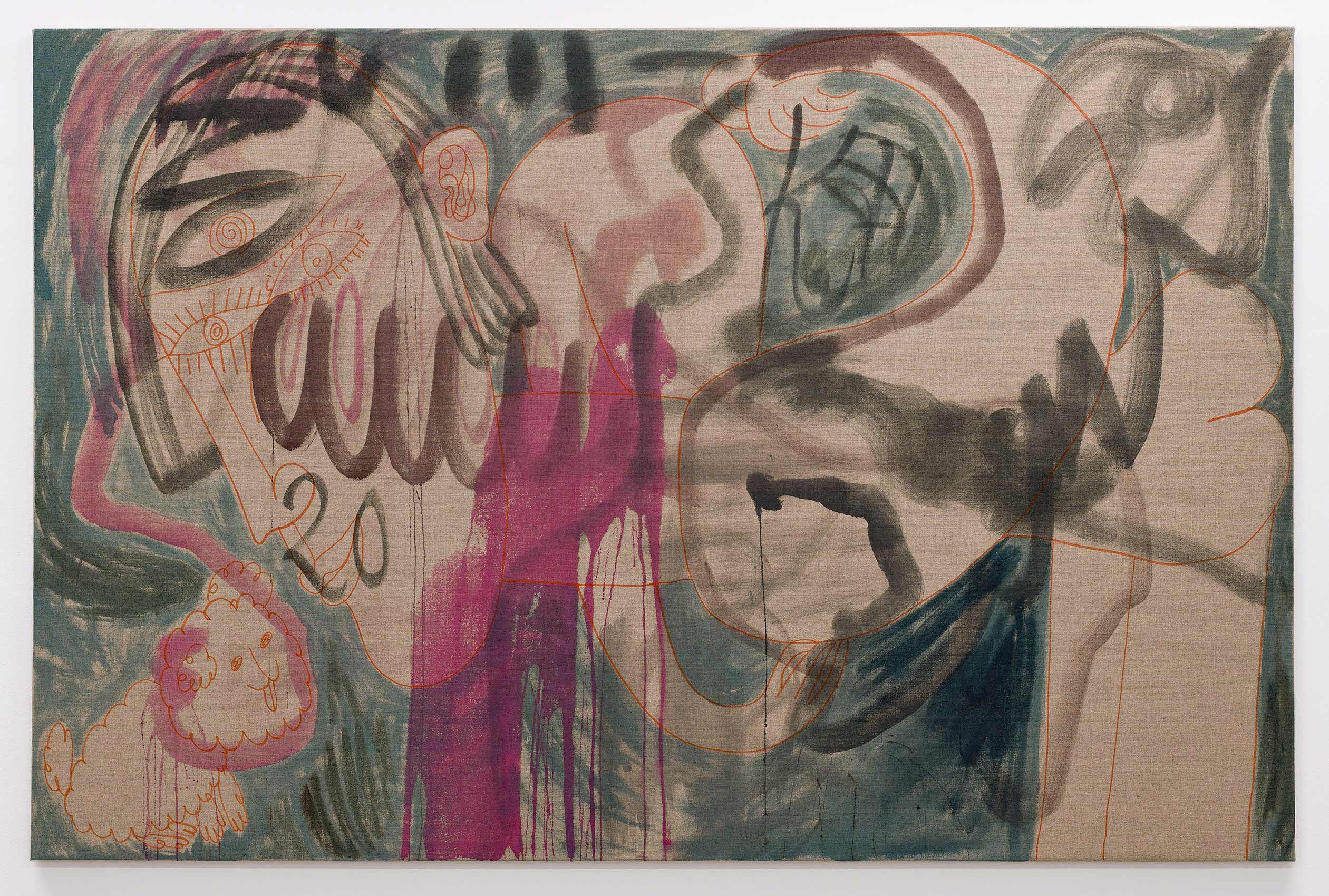 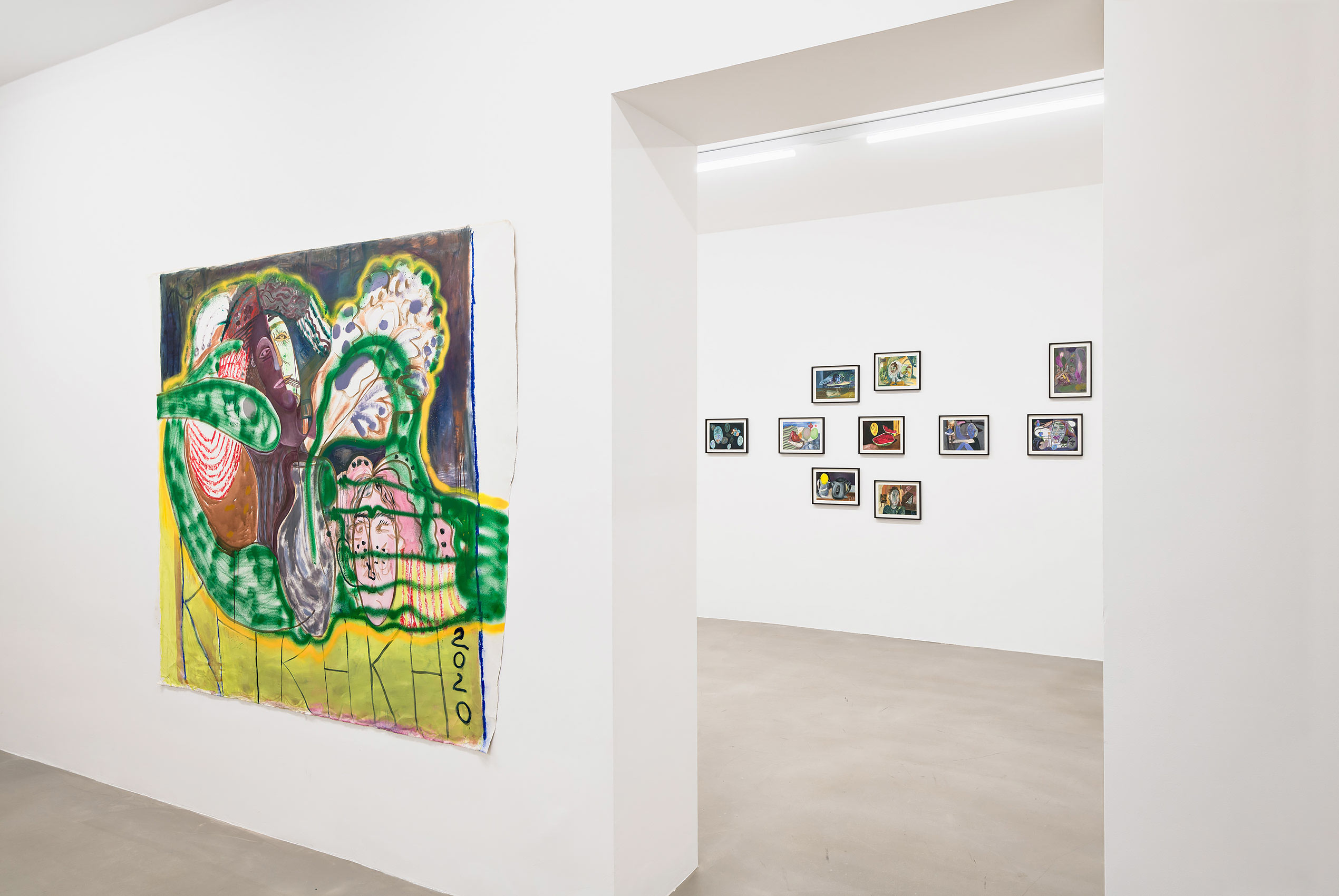 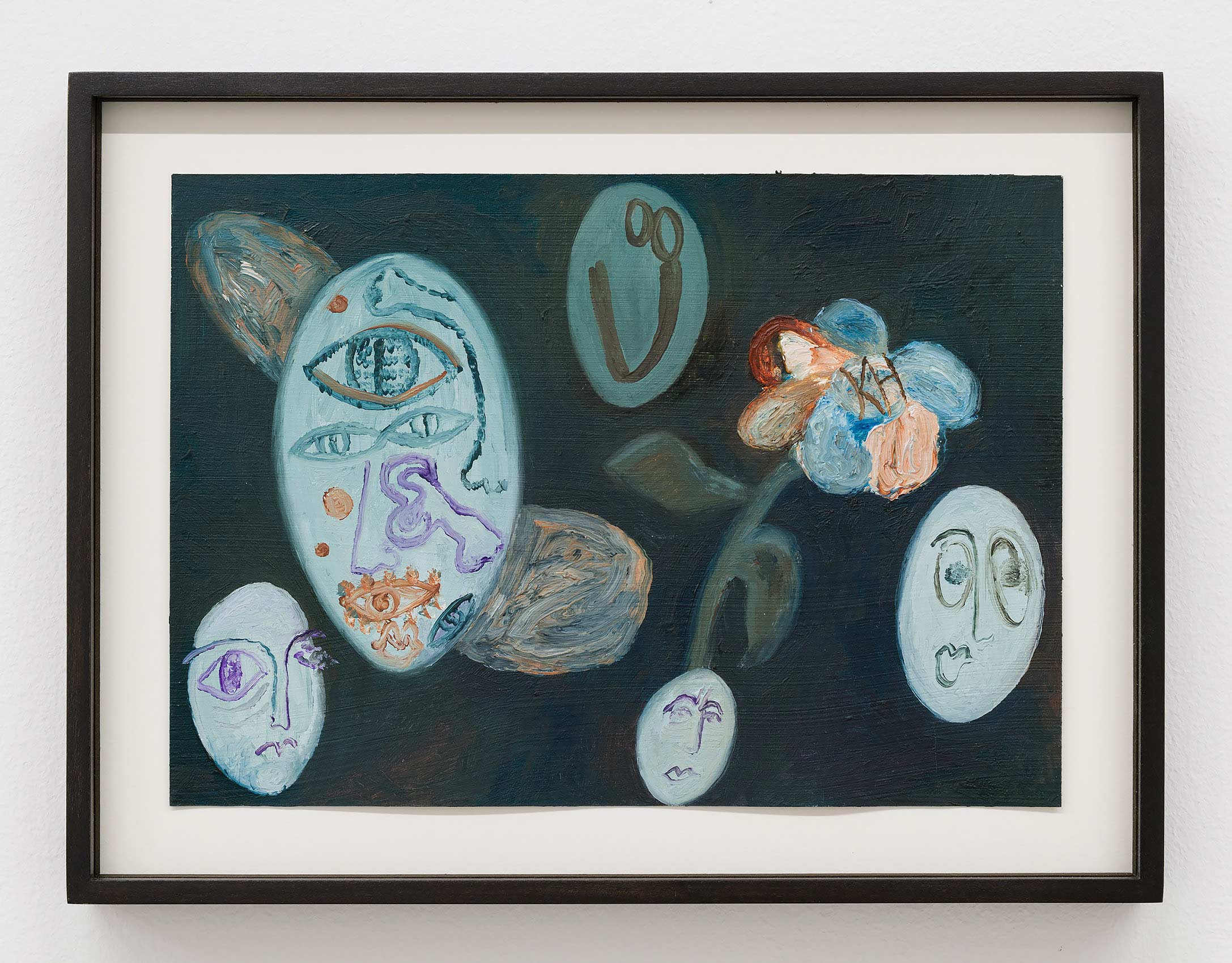 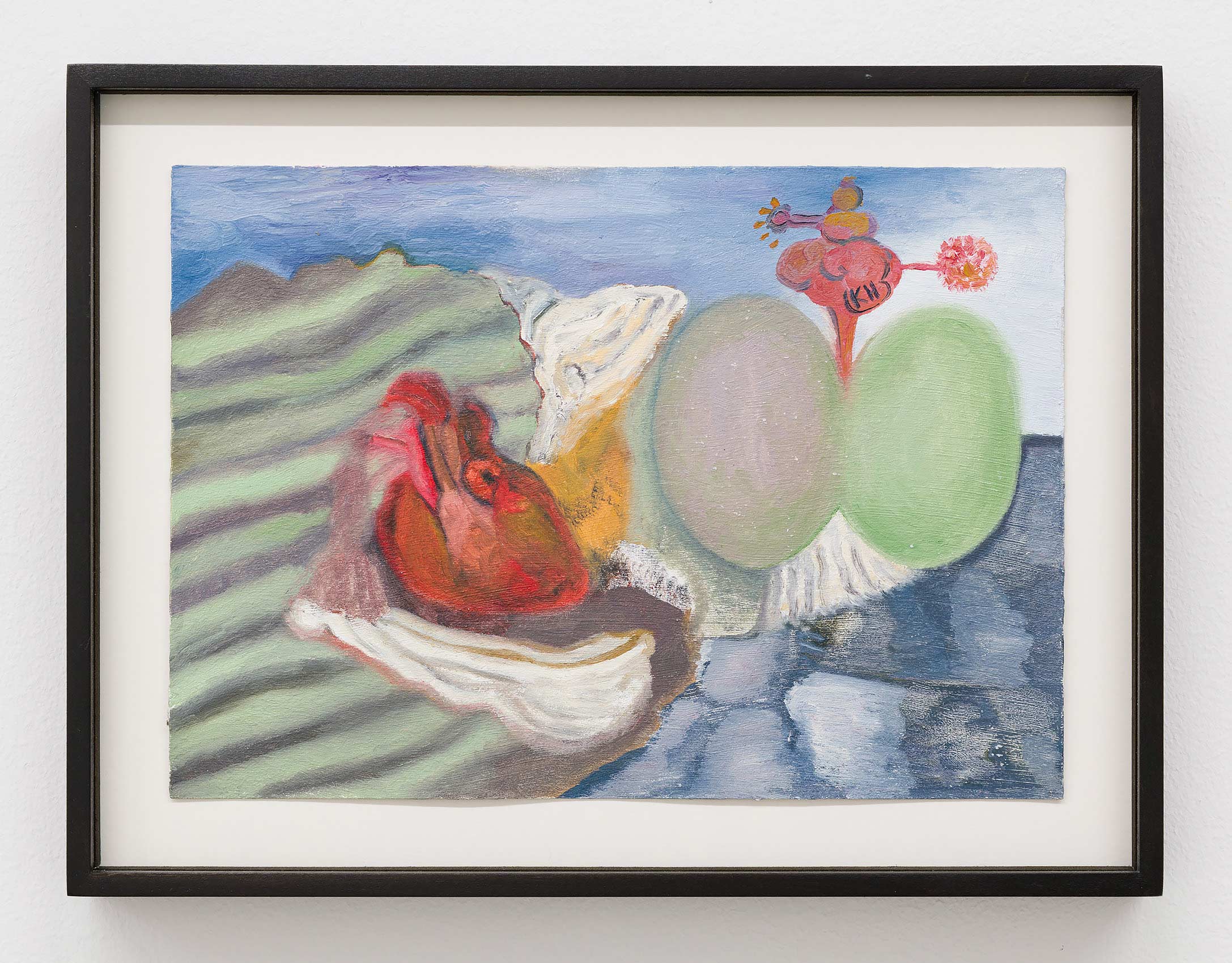 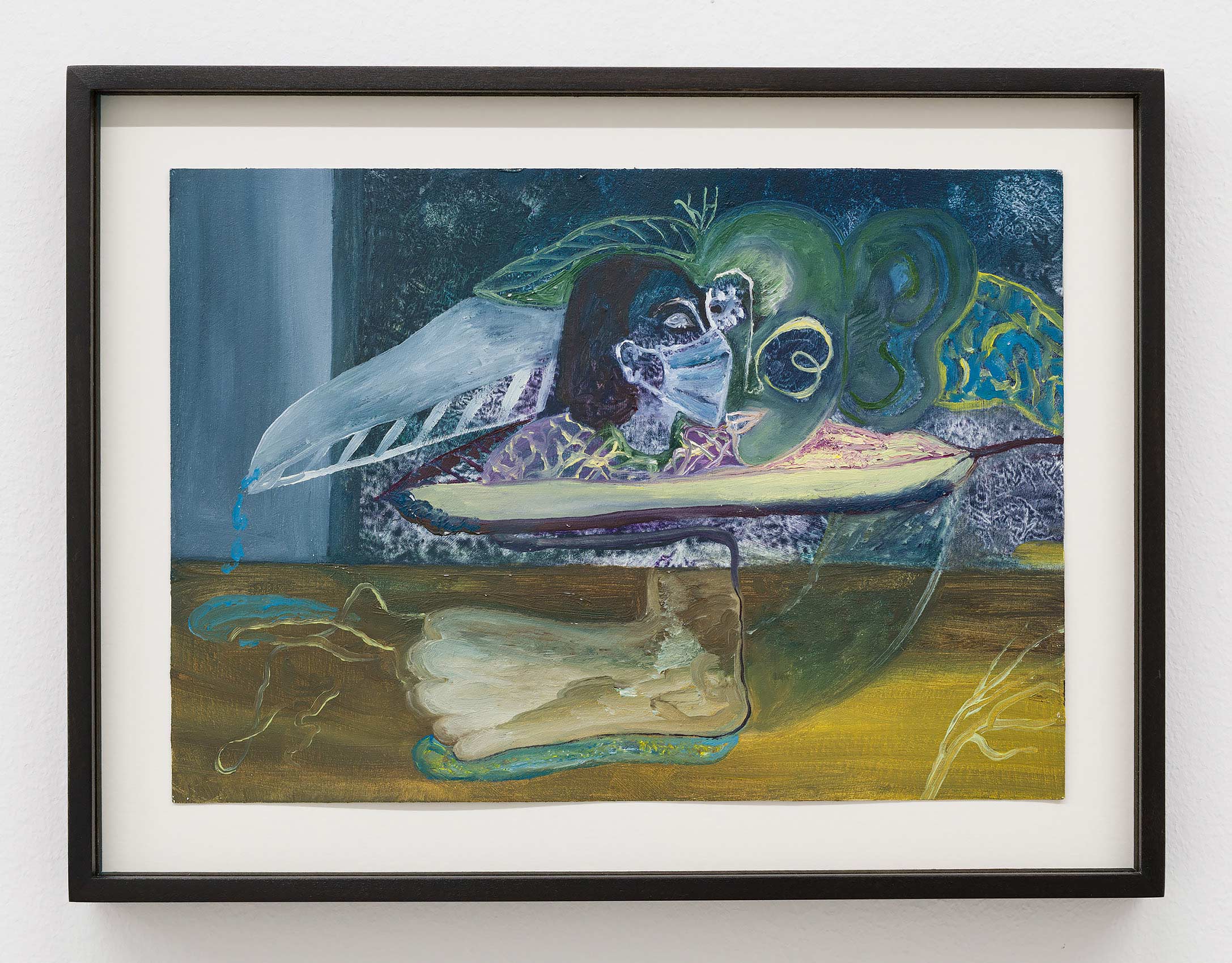 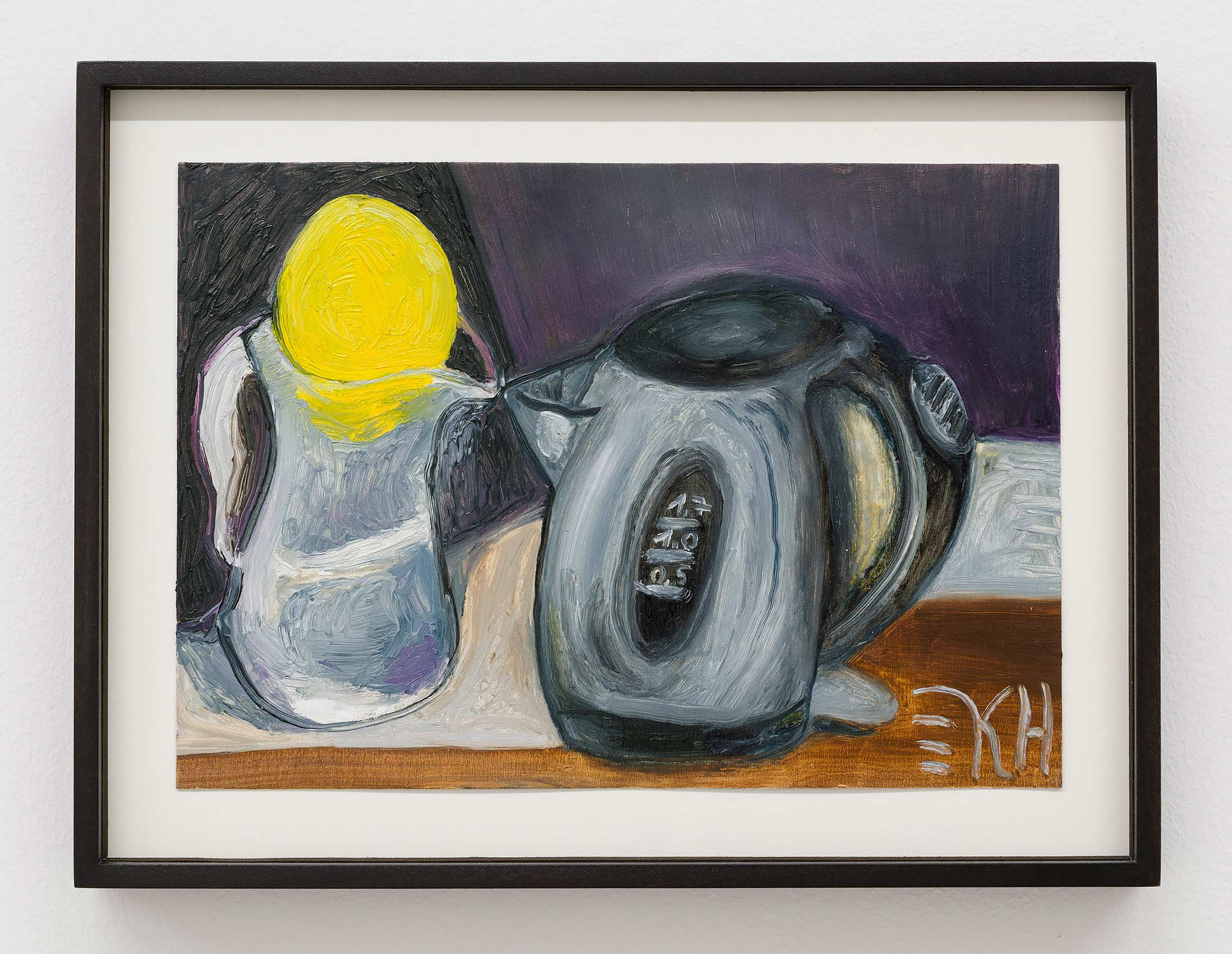 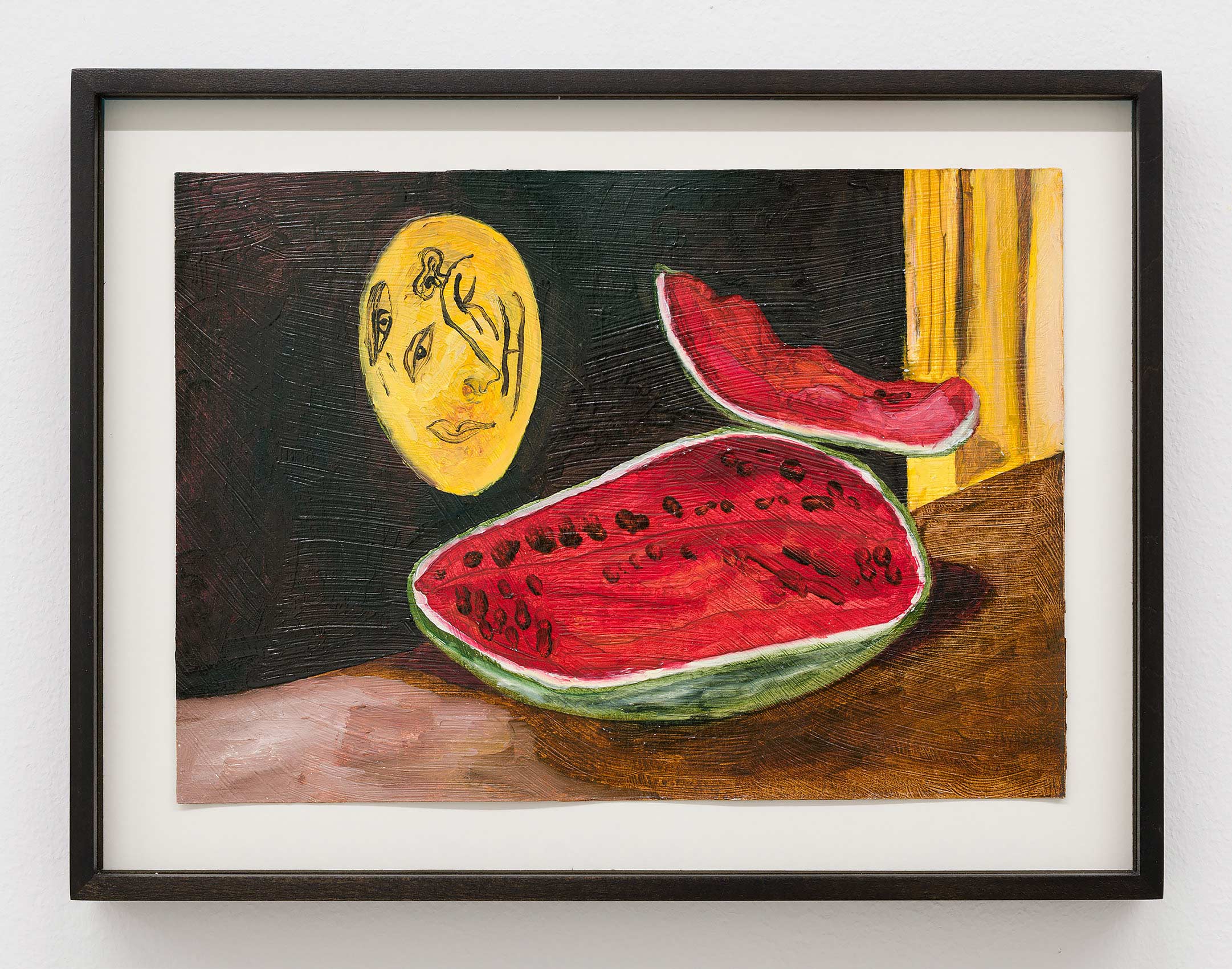 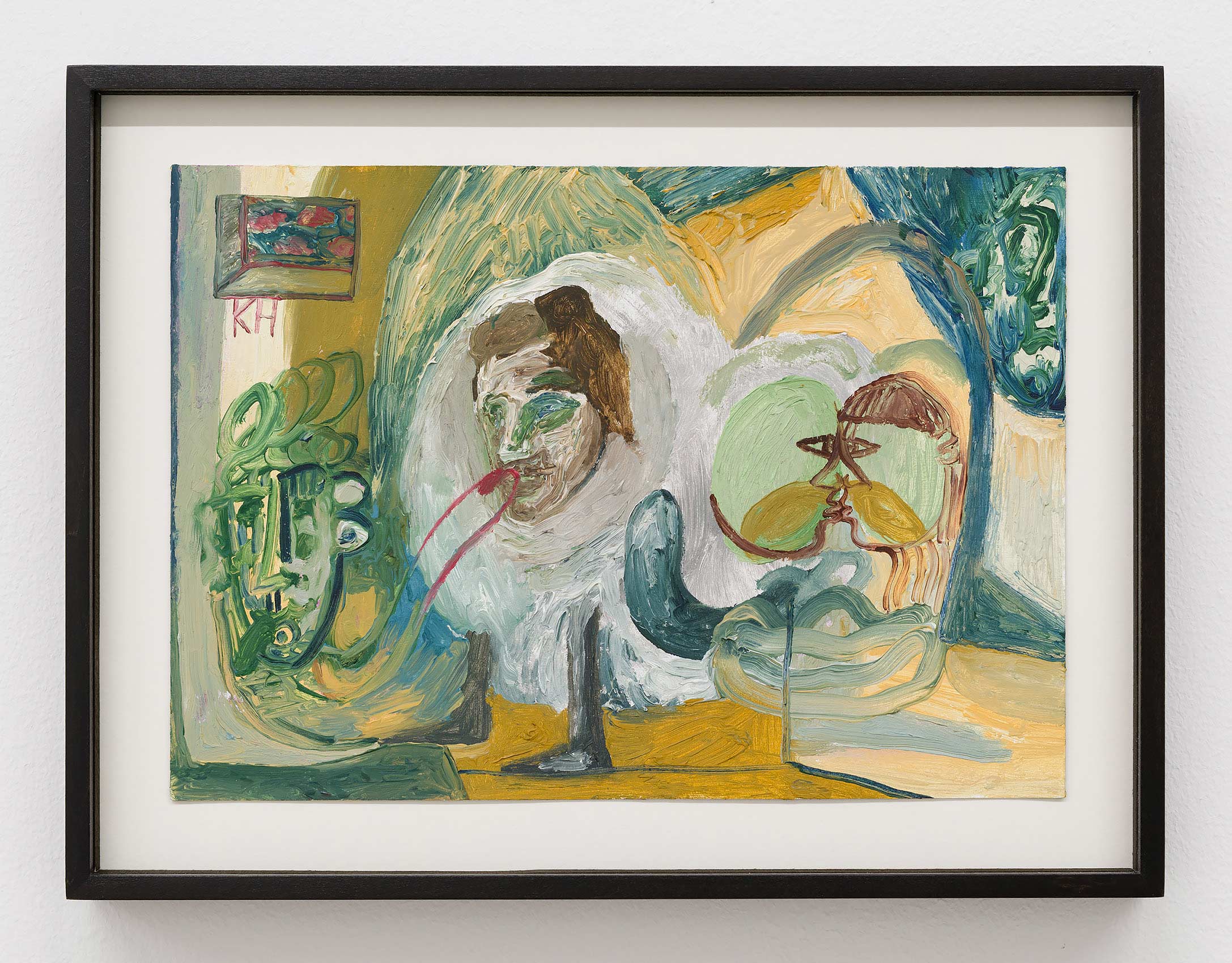 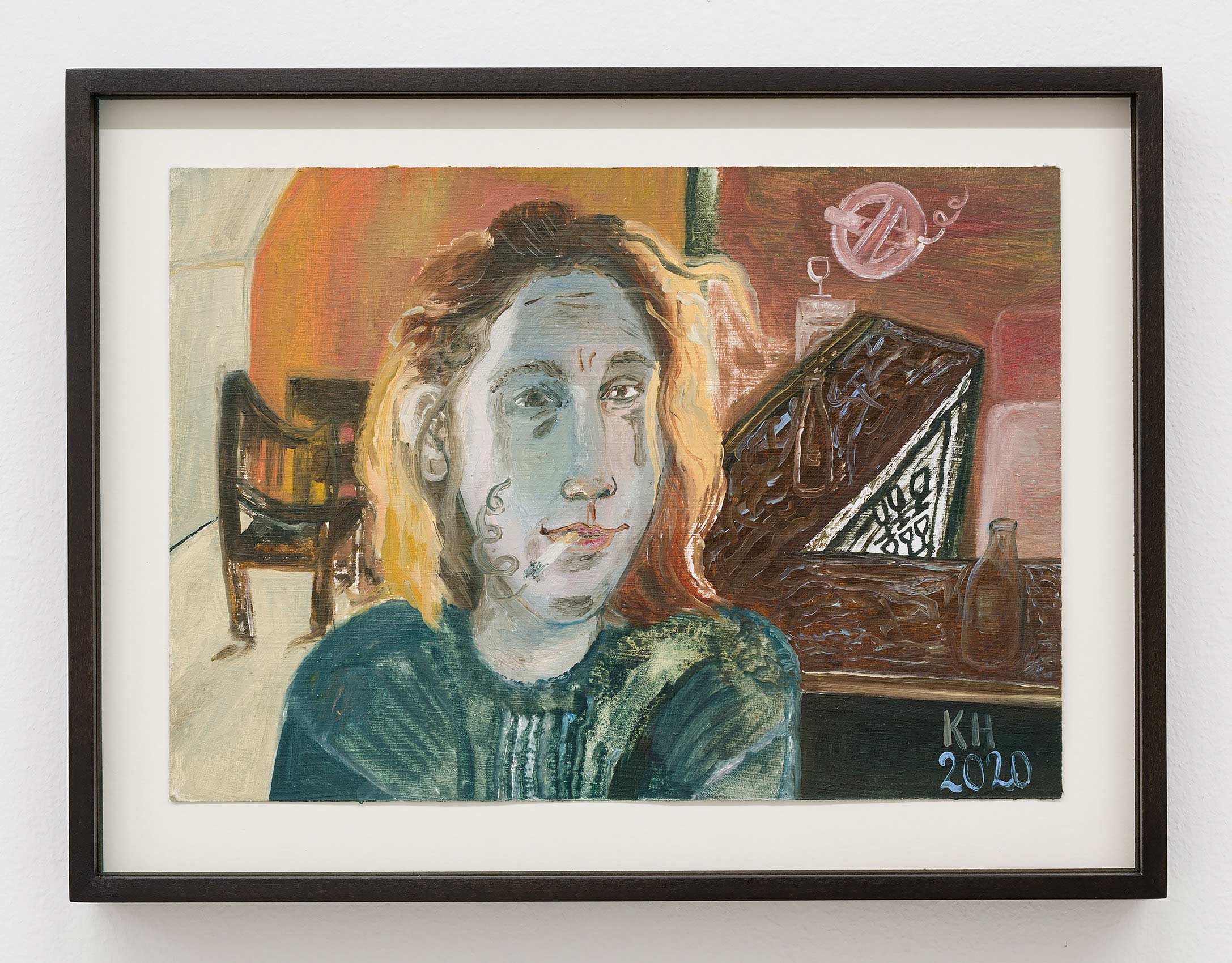 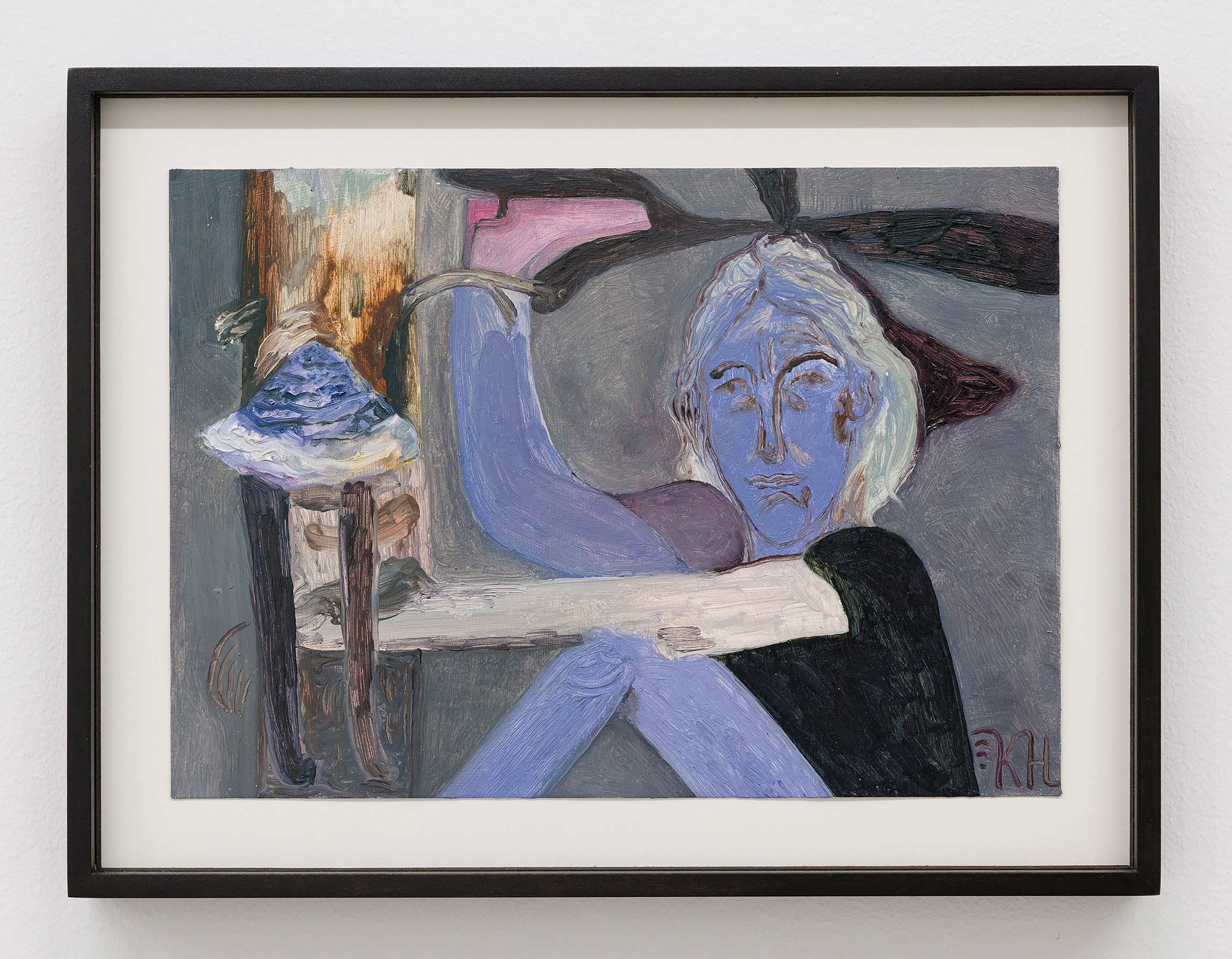 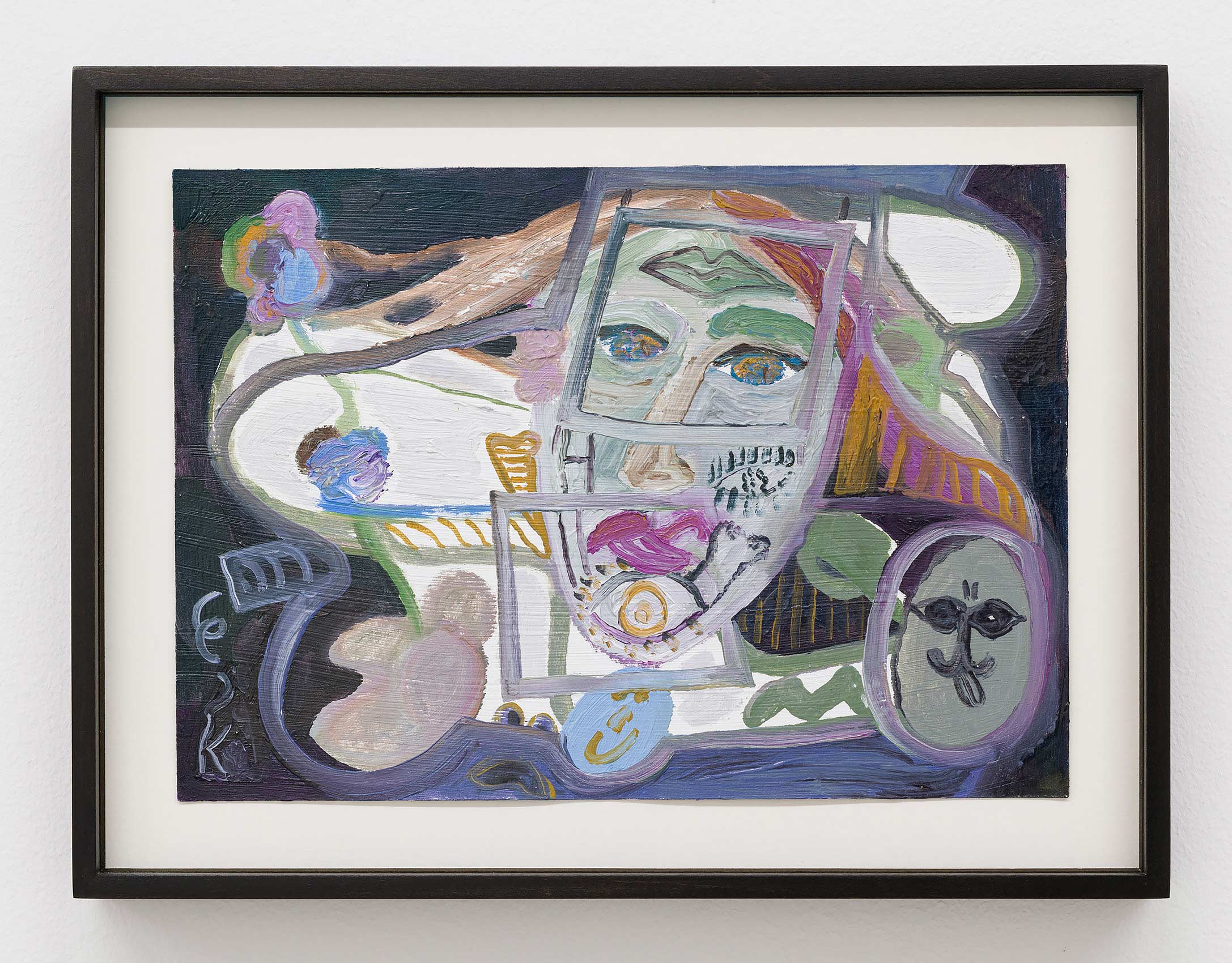 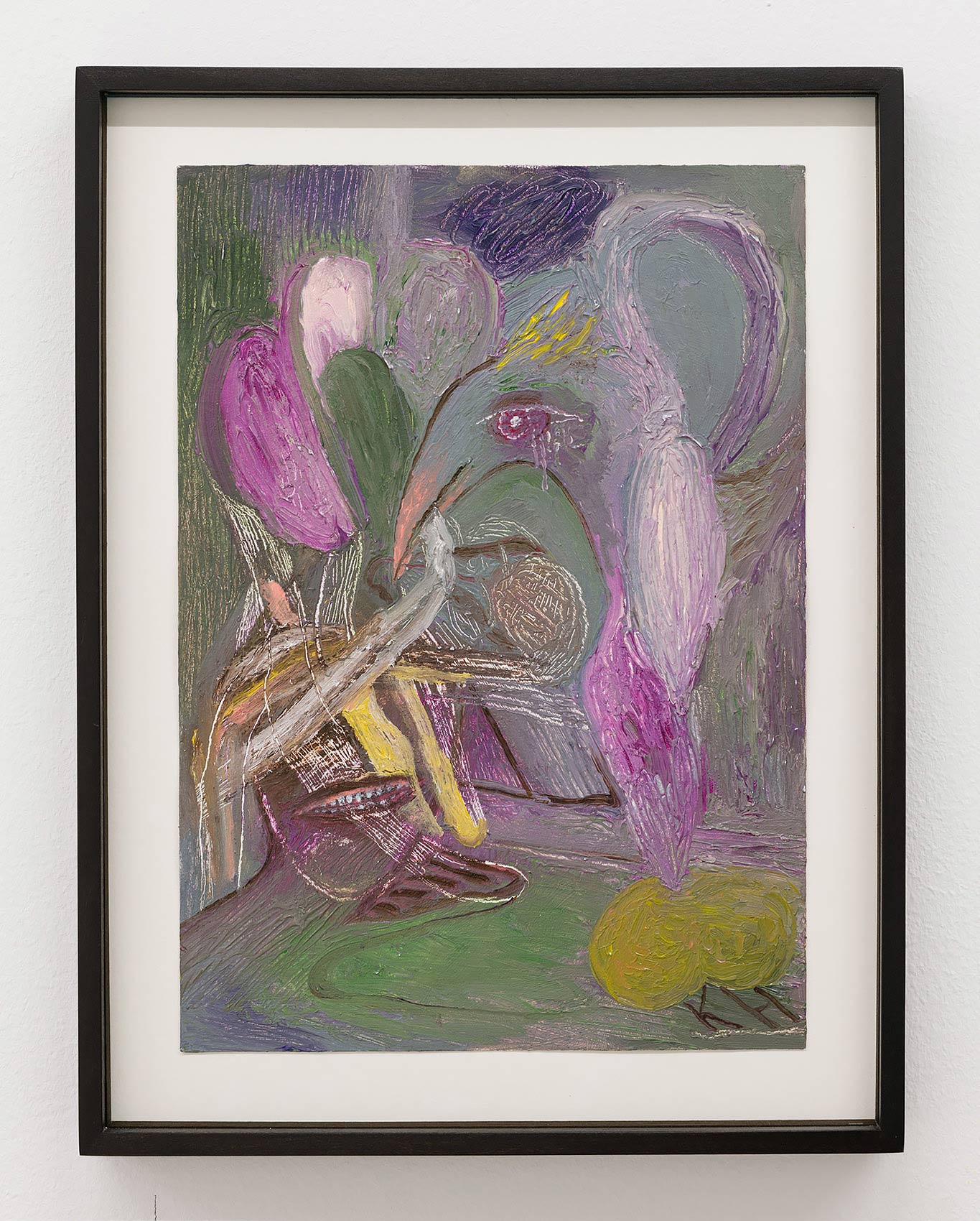 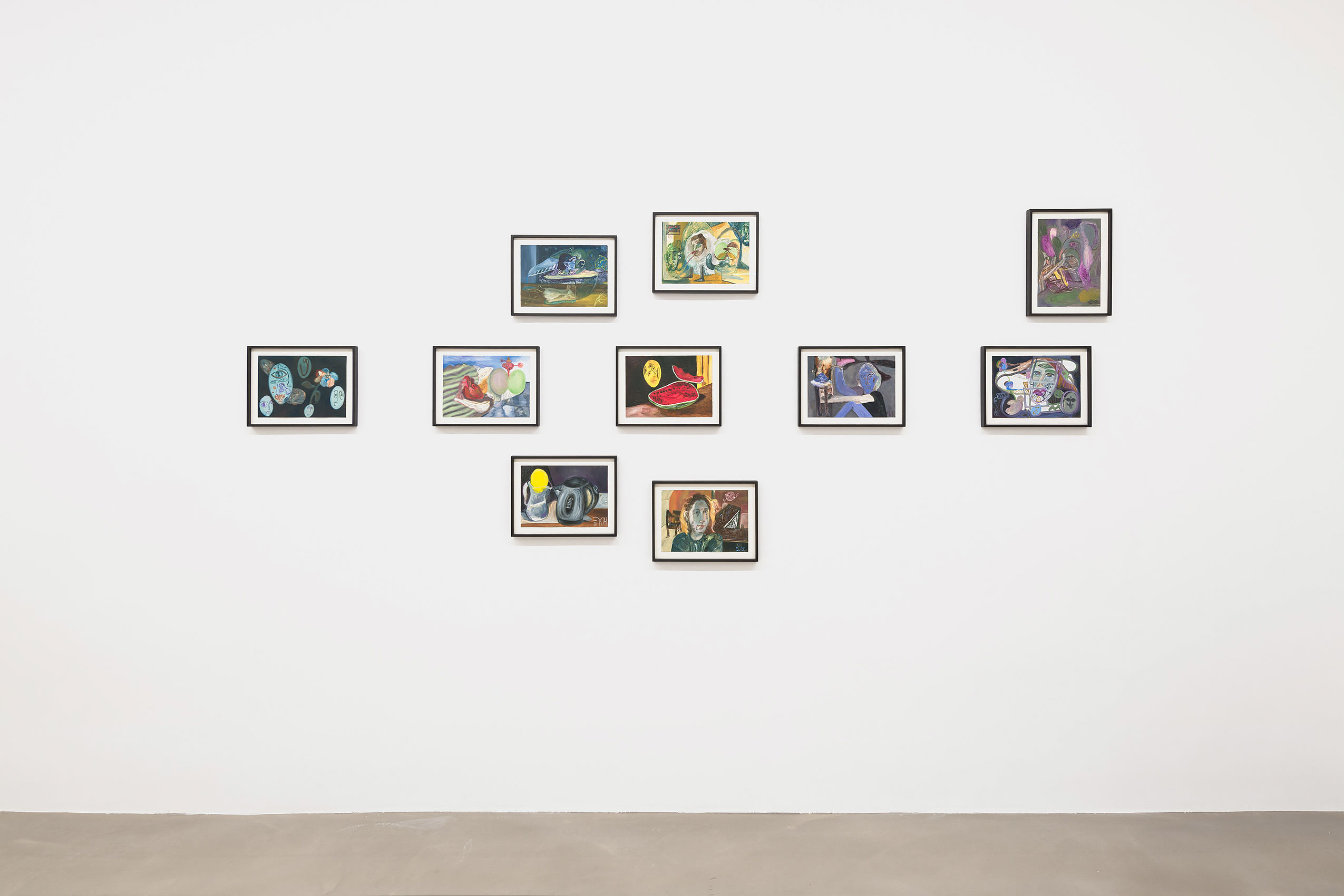 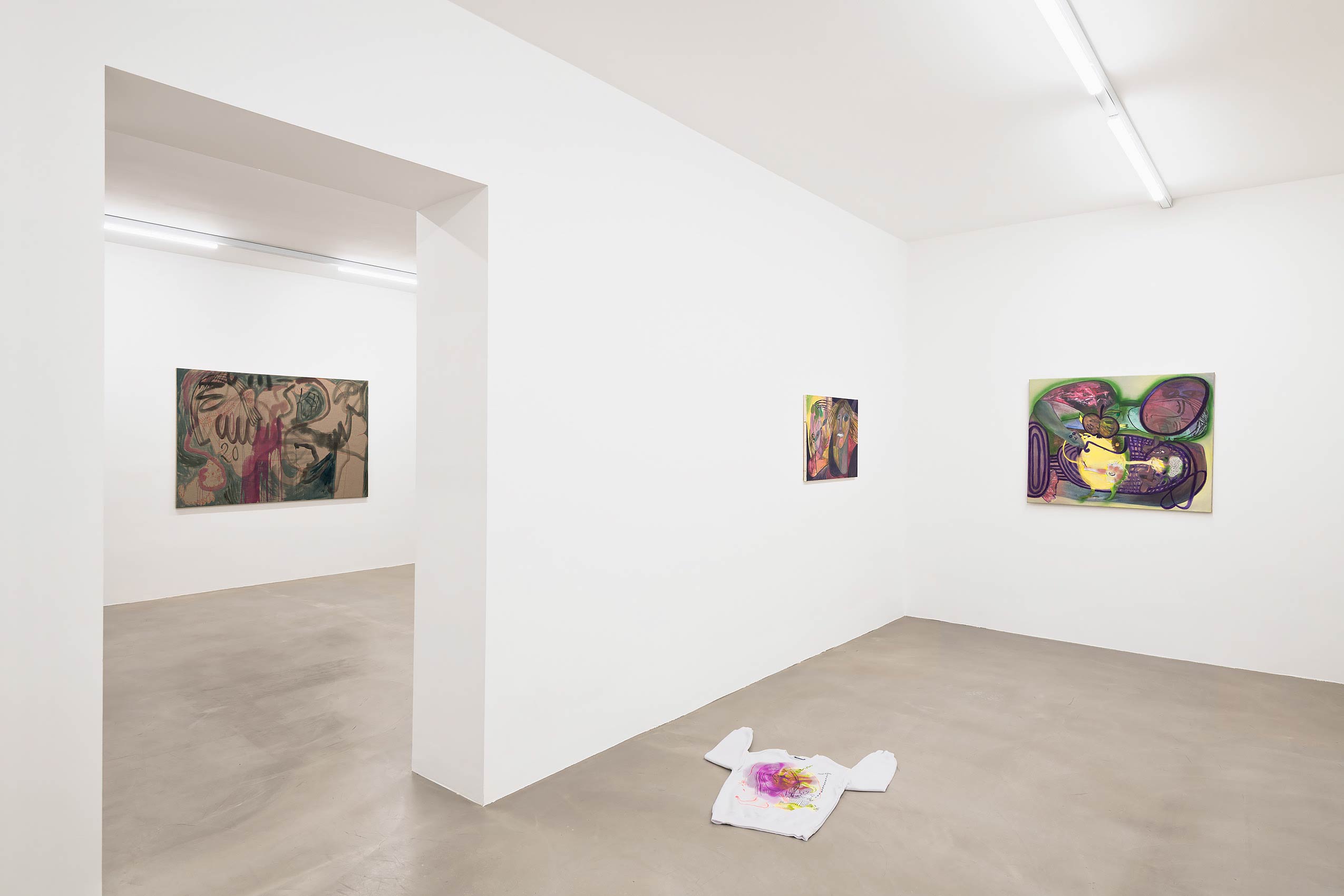 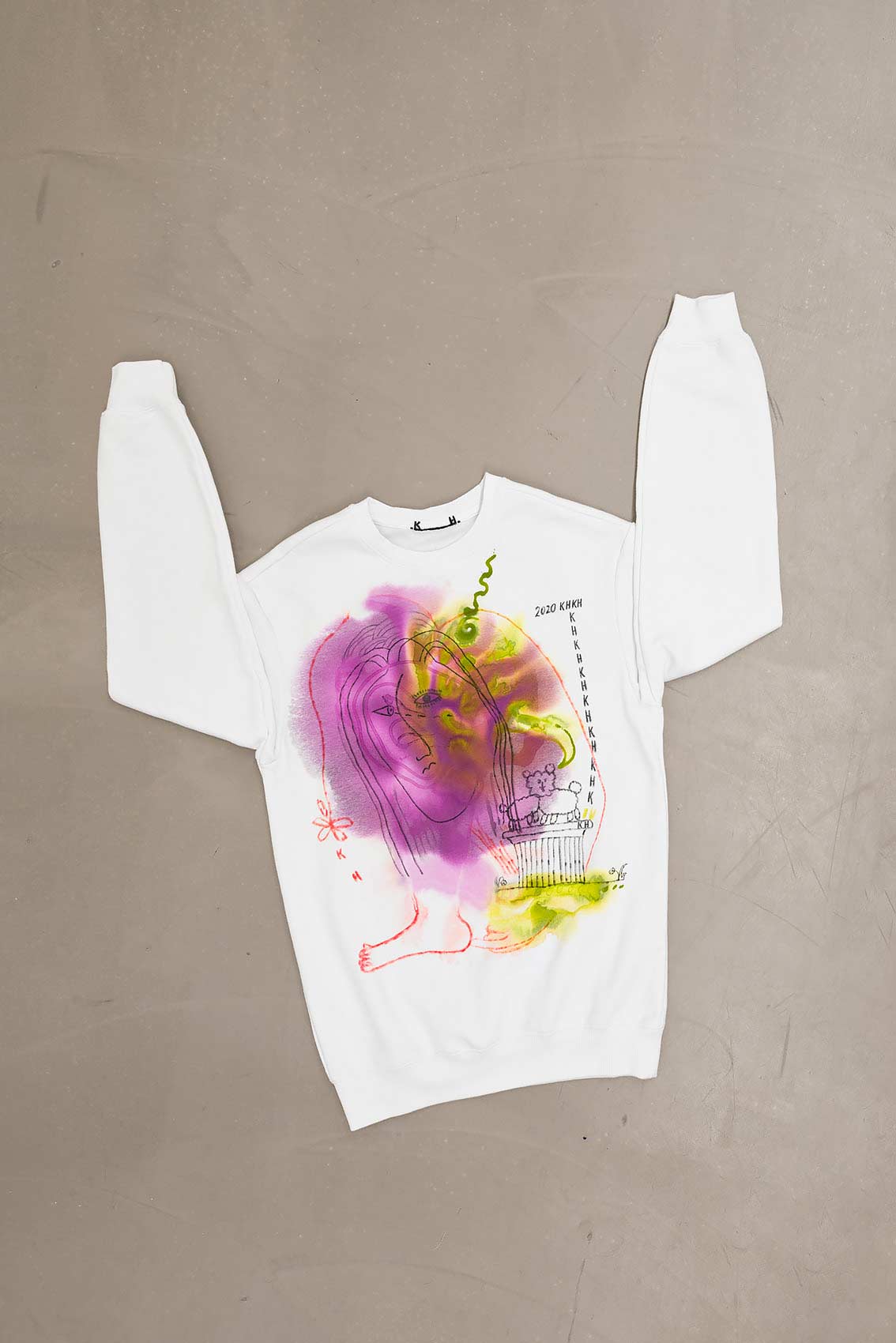 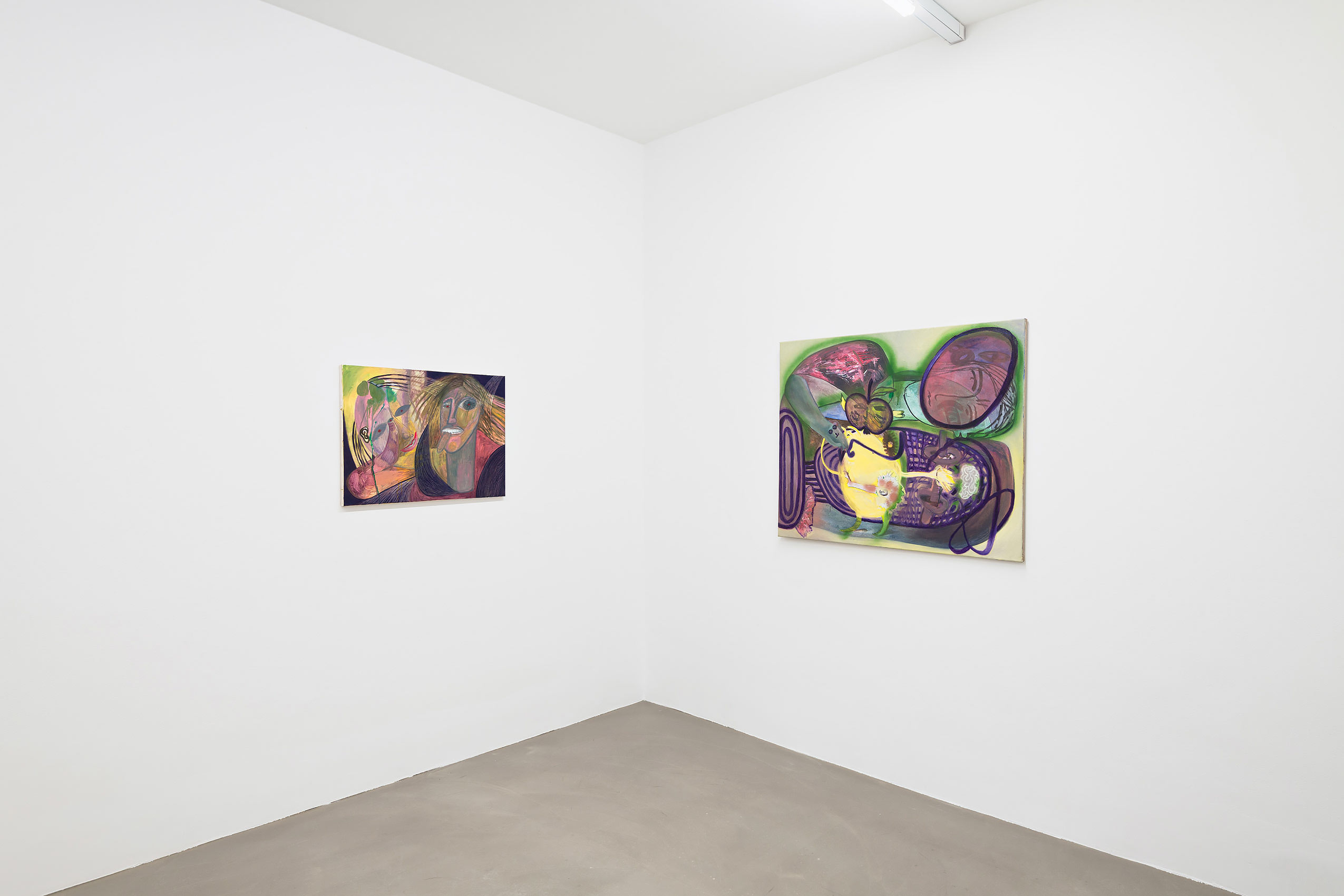 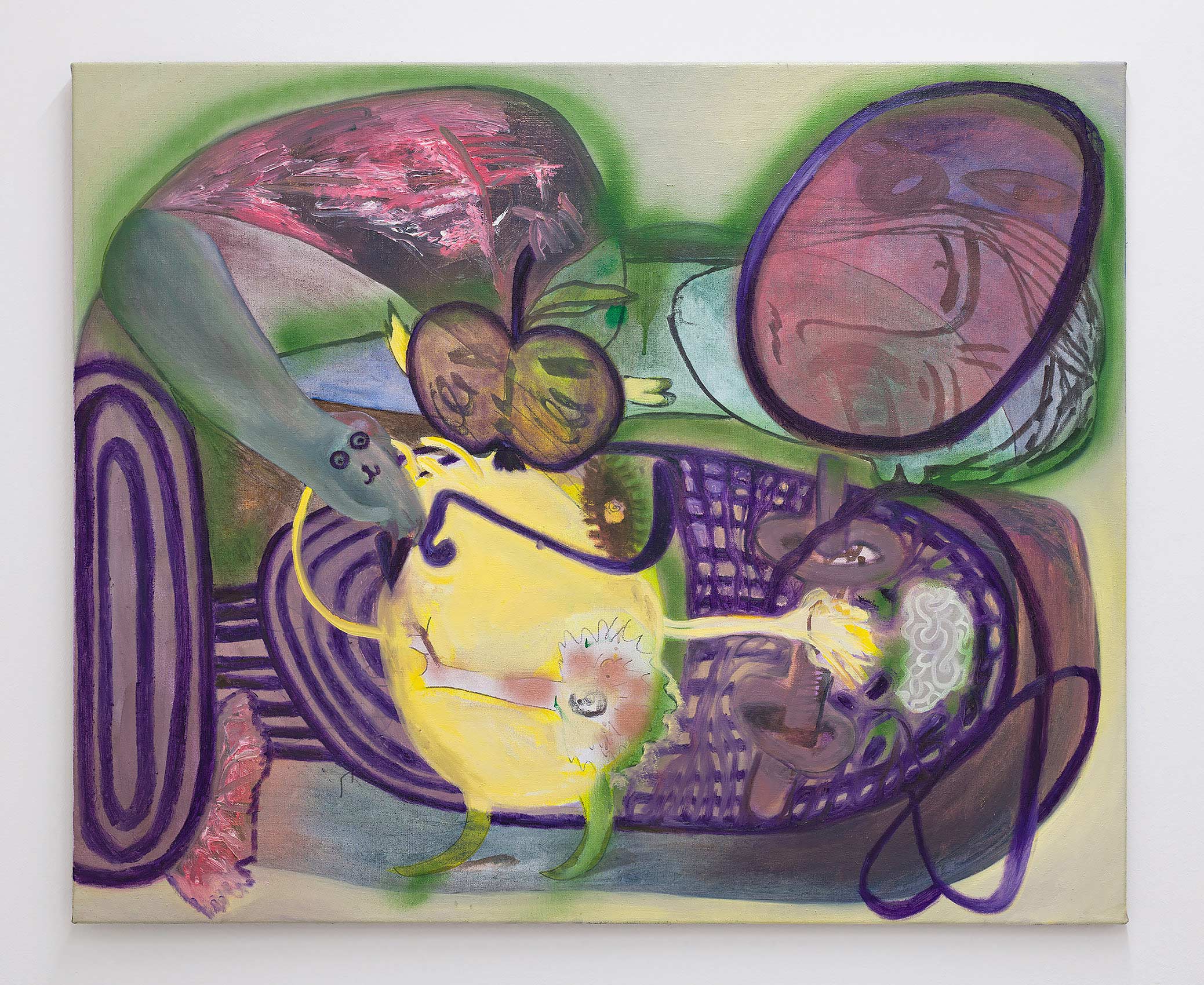 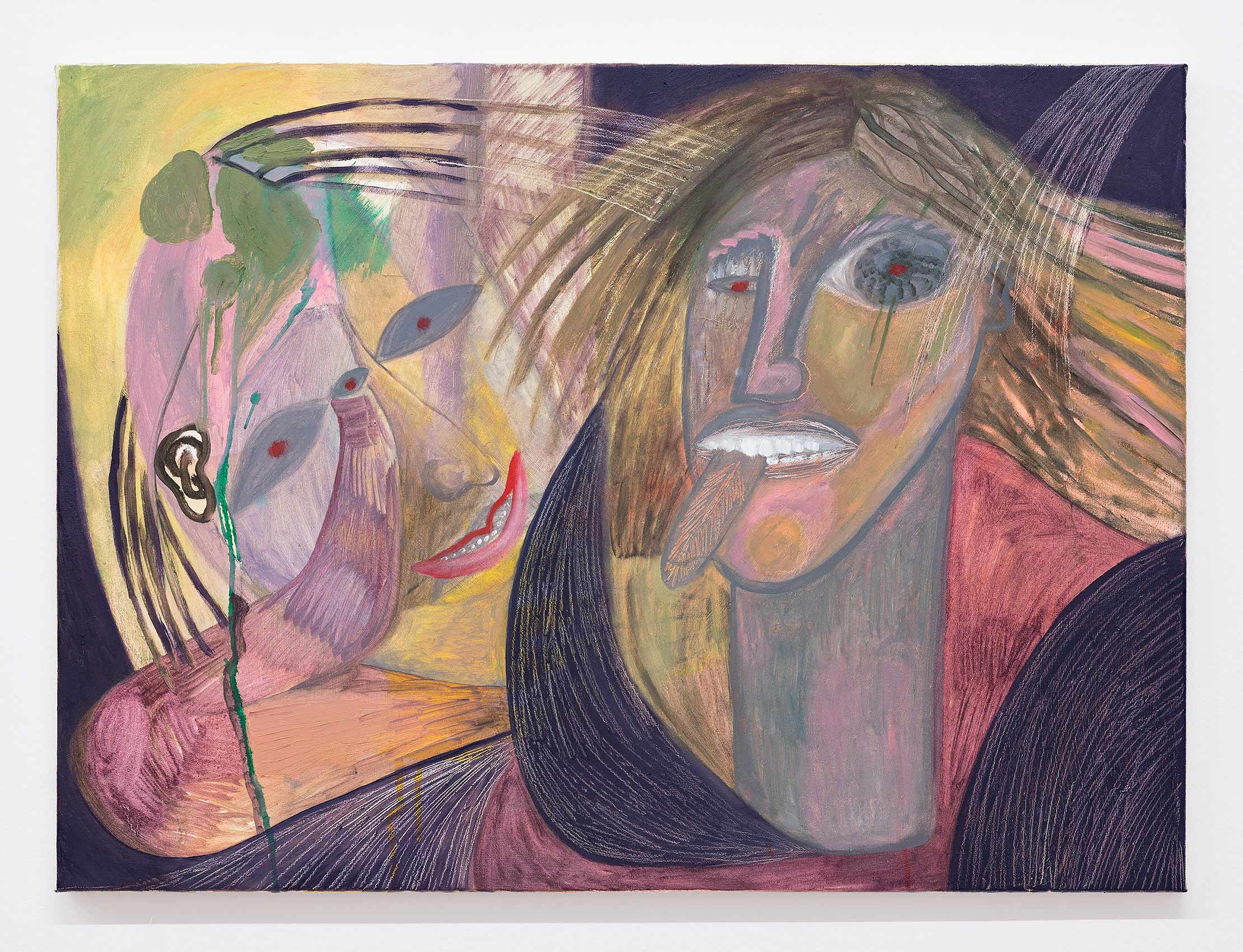 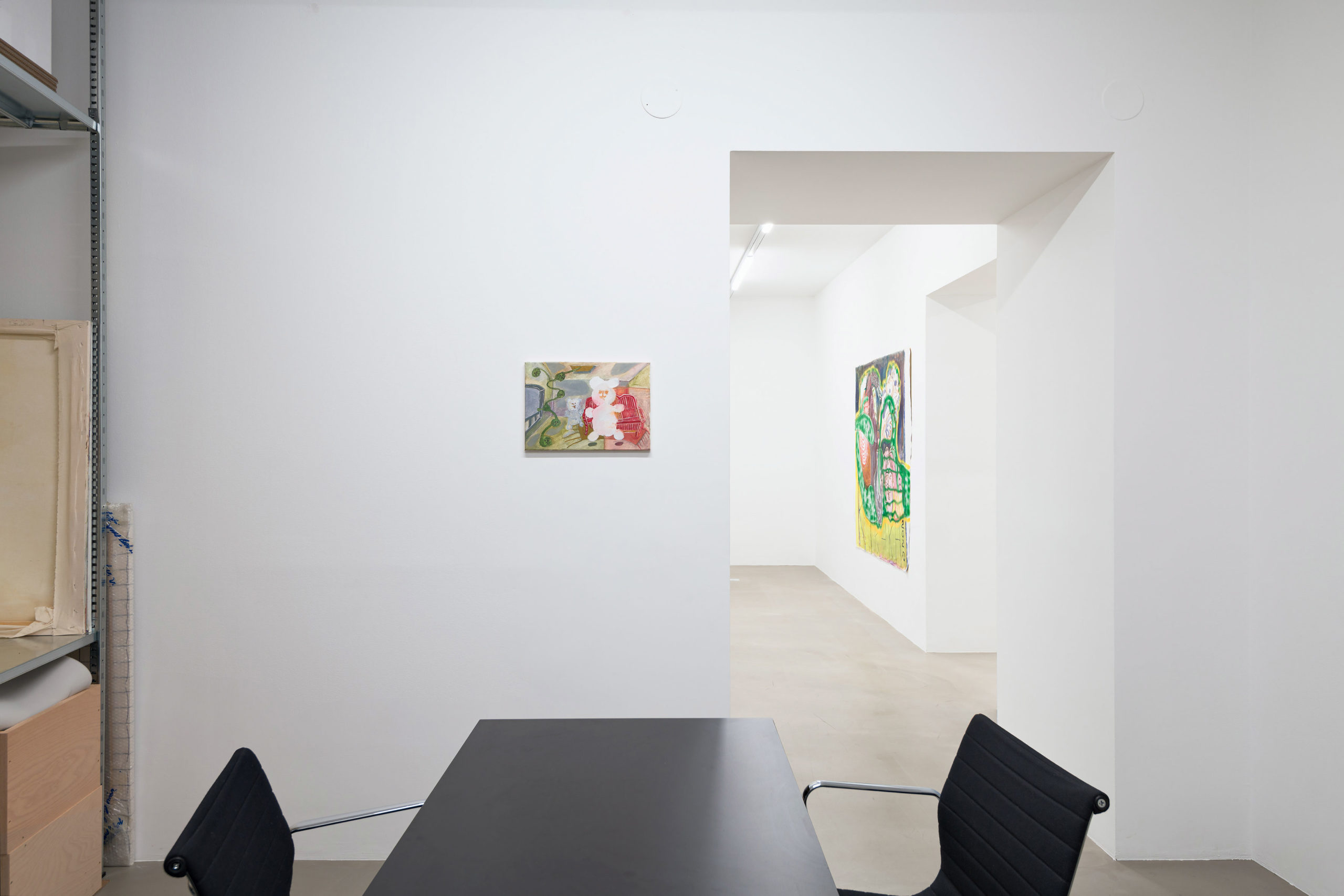 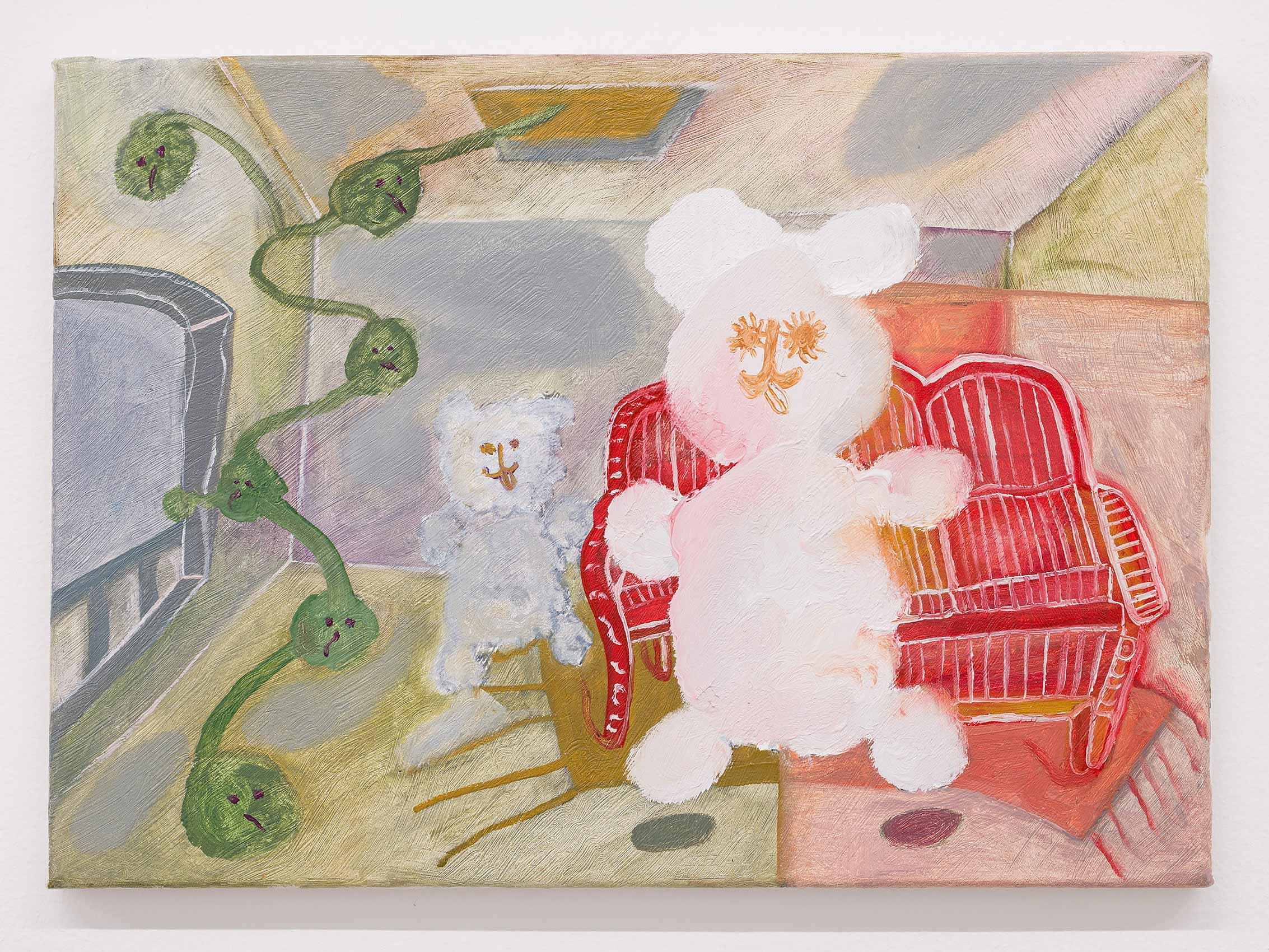